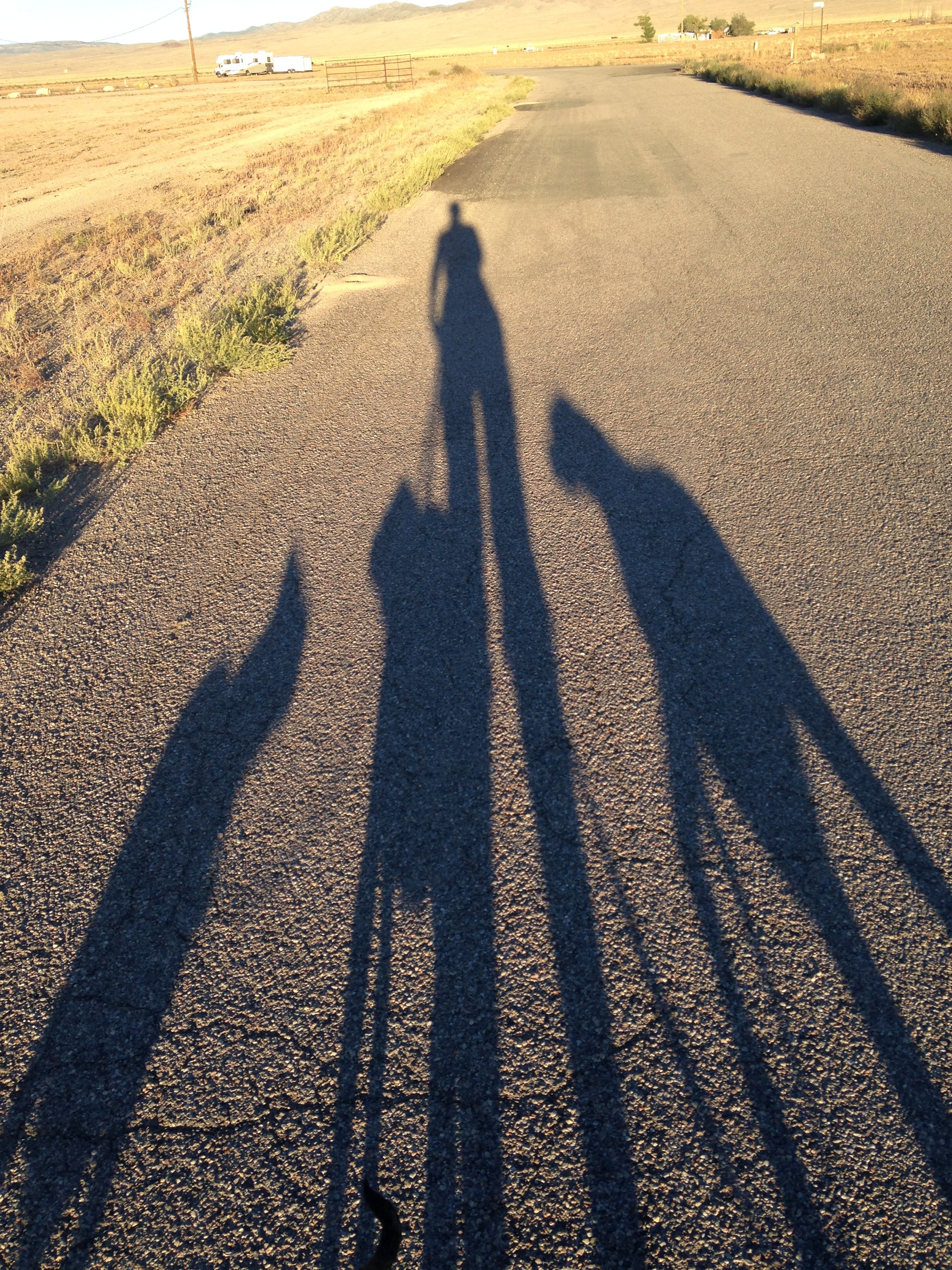 I guess it’s that time to look back at the past year and reflect, and blah blah blah.  You won’t see any resolutions here my friends since I think they are a waste of time.  But just for a laugh, let’s take a boo at what we’ve done this year.  OK I’ll admit that it’s a chance to share some of my favourite pics of the pups.

It’s been almost a year since I started this blog.  Wow.

I had the chance to go to The Bahamas for my brother’s wedding (Click here for the story).  That was pretty spectacular and I definitely want to go back again.  A longer visit and more cash to really explore the islands.  If anyone has any suggestions for places to go that are off the beaten path (or beach), I’d love to hear them.

After The Bahamas, the dogs and I drove the North Carolina Historic Barbecue Trail.  This was our second trip through North Carolina and an exercise in gluttony.  I mean from the first stop at the Skylight Inn in Ayden to the last stop around 500 miles away in Murphy at Herb’s Pit Bar-B-Que I ate only at the 23 restaurants listed on the trail.  Breakfast, second breakfast, brunch, lunch, mid-afternoon lunch, dinner; every day was fuelled by chop pork, coleslaw, hush puppies, some french fries, and even a banana pudding.  I had the opportunity to experience Southern Hospitality and the beauty that is North Carolina.  That’s part of the reason why I love reading coach4aday .  There are so many things that I have learned that I would not have even thought about before (state dirt anyone?).  We had the chance to drive the Tail of the Dragon in Tennessee which isn’t as impressive in a Corolla as I imagine it would be on a bike. (Want to catch up on the trip that I called The Road to Q-Demption?  Click here: Day 1, Day 2, Day 3, Day 4, Day 5, Day 6, Day 7, Day 8)

Then there was a little drama with Piper (of course).  See she’s not the healthiest dog in the world.  In fact, I call her my million-dollar baby because I’m pretty sure that she alone is putting my vet’s kids through college.  I had come home one morning after working a midnight shift and found her all messed up.  Turns out, she appears to have had something like the doggy version of a stroke.  I was so worried about her and that she would never recover.  Not so much physically but that she would be all depressed.  After a few days she was just like normal and now you’d barely notice anything is amiss.  Well she does have a slight head tilt to the right and her eye doesn’t open fully but at least she’s not doing that weird “shark bite” thing anymore.  And when people comment about “Ah how cute with her titled head”, if I’m in a shit-disturbing mood, which is usually with people who irritate me, I just look at them and deadpan “she had a stroke” then try not to laugh at the reactions.  Maybe some people would think that’s mean but I have then had very good conversations about people that want to know more and it becomes an educational experience, especially when they see that a dog can have something like that happen and still live a full and happy life.  Piper will let me know when she’s not happy and until that day comes, we’re going to keep doing what we do.

It just so happened that I had some time off around Canada Day and with Piper somewhat back to normal, I decided to take a small trip to see how she would handle travelling again.  We stayed close in case it was too much for her so we ended up in Georgian Bay and then wandered around the Bruce Peninsula in Ontario.  I had what still stands as the best burger I think I have ever had at a restaurant in the literal middle of nowhere, we had fish and chips from a stand that gets their fish from the lake that’s a stone’s throw away (how’s that for fresh), and we hung out at a cidery.  (If you want to check out our Georgian Bay trip, click here: Day 1, Day 2, Day 3)

Unfortunately I did lose one of my cats, Martini.  I intercepted her and Toby as they were en route to a shelter a few years ago.  She was a sweetheart of a cat and because her heart was so big, it eventually gave out.  I stayed with her at the vet’s because as hard as it is for me, I just can’t imagine leaving them there alone.  This was really the first time I mentioned it and I hardly told any of my friends about it.  Considering that’s really been my only loss of the year, I think we came through pretty good.

Then there was our trip to Prince Edward County AKA The County.  It is a gorgeous and rugged part of southern Ontario that is exploding as a food and wine centre with amazing restaurants and wineries popping up all the time.  We spent a few days just aimlessly wandering The County and even visited with some old friends that had retired there.  (Links to our Trip to the County are here: Day 1, Day 2, Day 3)

And then there was the big trip.  I take one big trip out west to see my grandparents but I usually take the scenic route.  This year the scenic route was via Arizona and Nevada by way of Colorado.  Ahem a very scenic route indeed.  I think this trip covered the most diverse scenery in one single expedition: from prairies to mountains to desert, we saw it all.  It was truly an amazing experience to have had.  And if you want to see for yourself, the links are here: Time For One Last Trip, Through Michigan and Beyond, In Search of the Yellow Brick Road, Out of the Plains, Rocky Mountain High, Is There Life on Mars?, Watching for Lights in the Sky, Leaving Nevada, Well Hello Idaho, Crossing North Dakota, Back into Canada, Heading Home, and Last Day on the Road.

As I sit on my couch with a fire roaring away and snow falling outside, I realize that this has been a good year for me.  I’ve stayed healthy, my dogs are snoring around me as I type this and all of them are in relatively good health (I’m looking at you Piper), I have a roof over my head, food on my table, and gas in the car.

Goodbye 2016.  Not too sad to see you go but hey 2017, you don’t have to do much to be a better year.  Just leave Ryan Reynolds and Channing Tatum alone.  Thanks a bunch in advance.