Not only did I have to contend with three little heat machines but the wind kicked up over night and didn’t stop until the sun came up.  Needless to say, I did not sleep well that night and was awake early enough to watch the sun rise.  We took the opportunity to walk around the campground and enjoy the scenery. 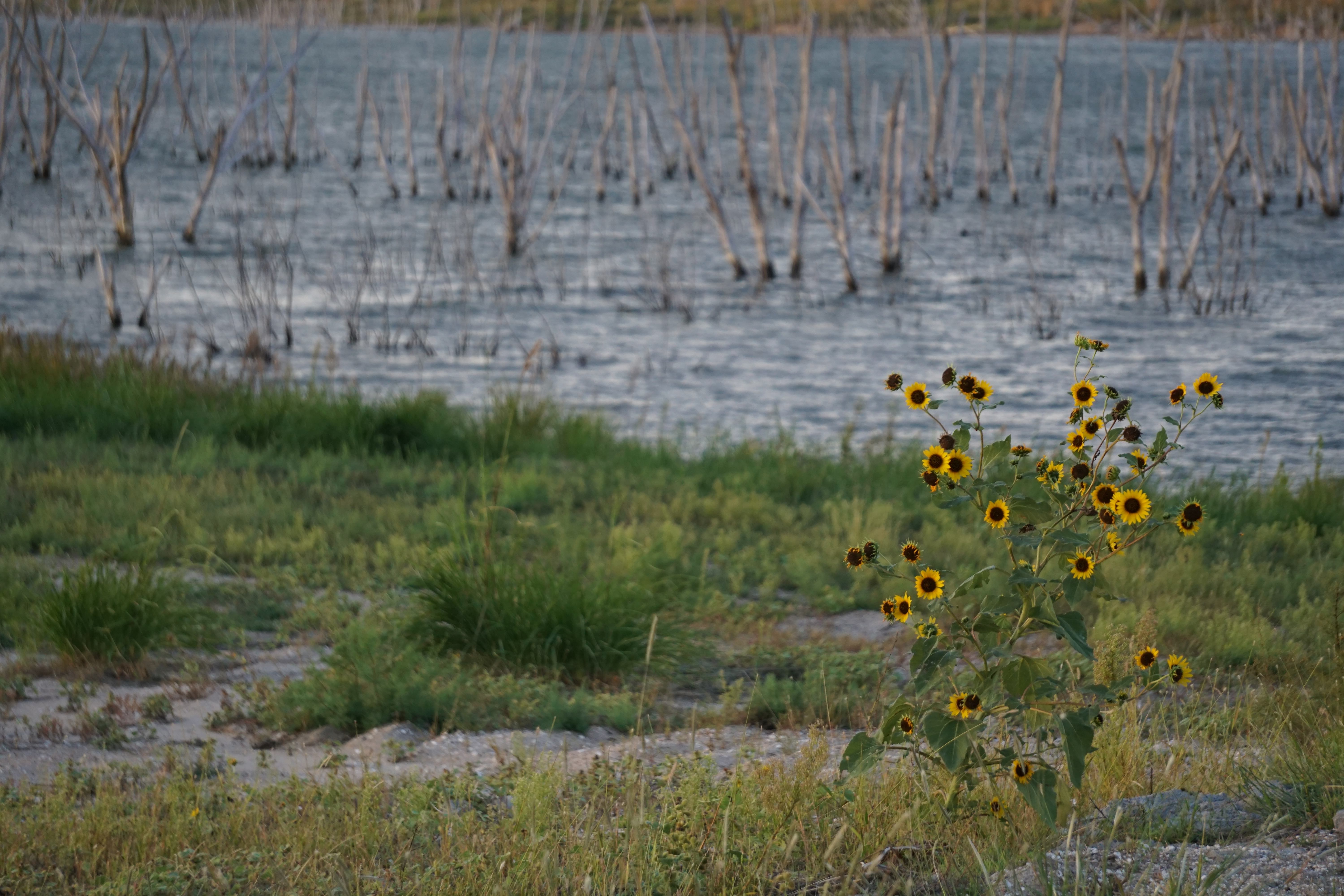 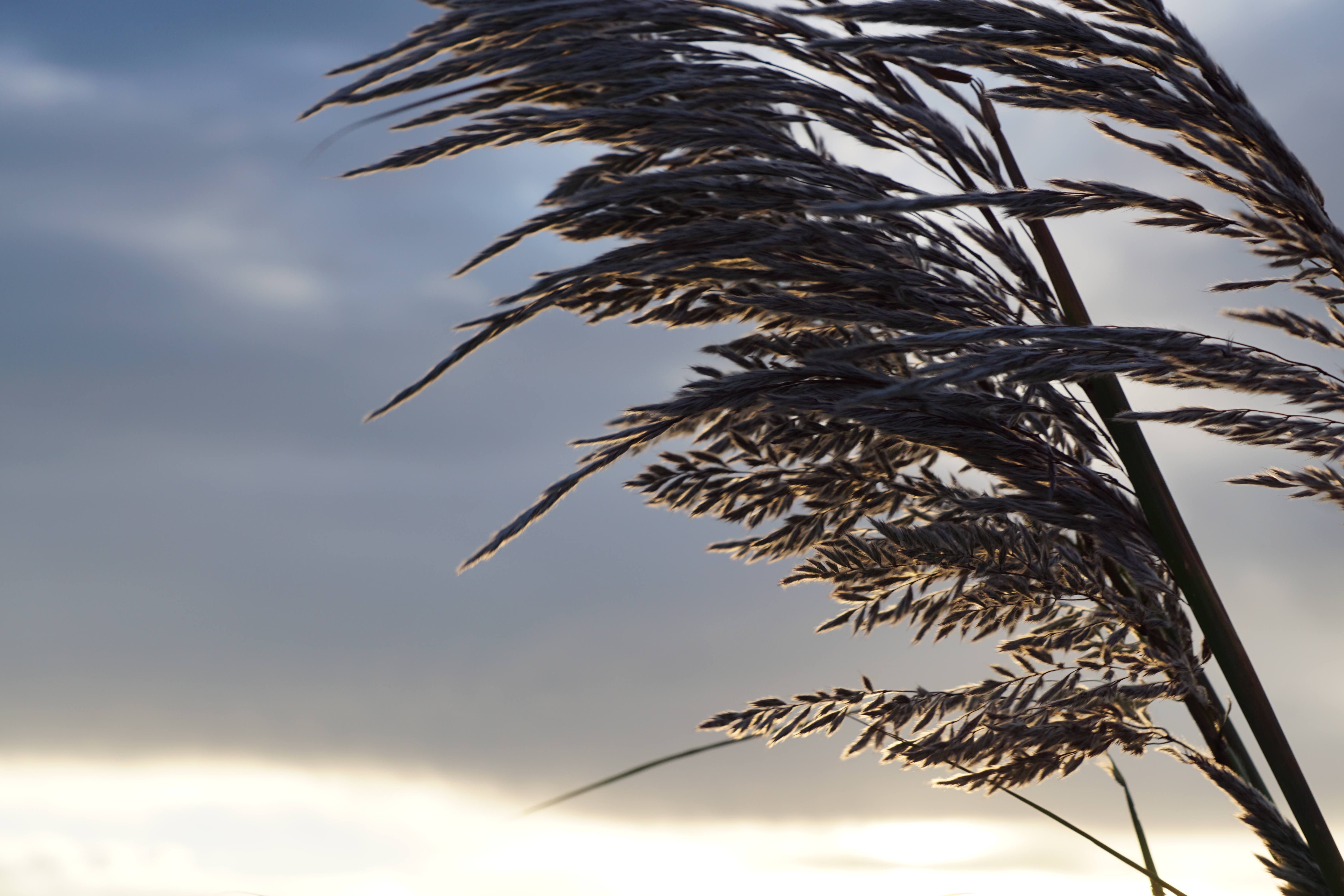 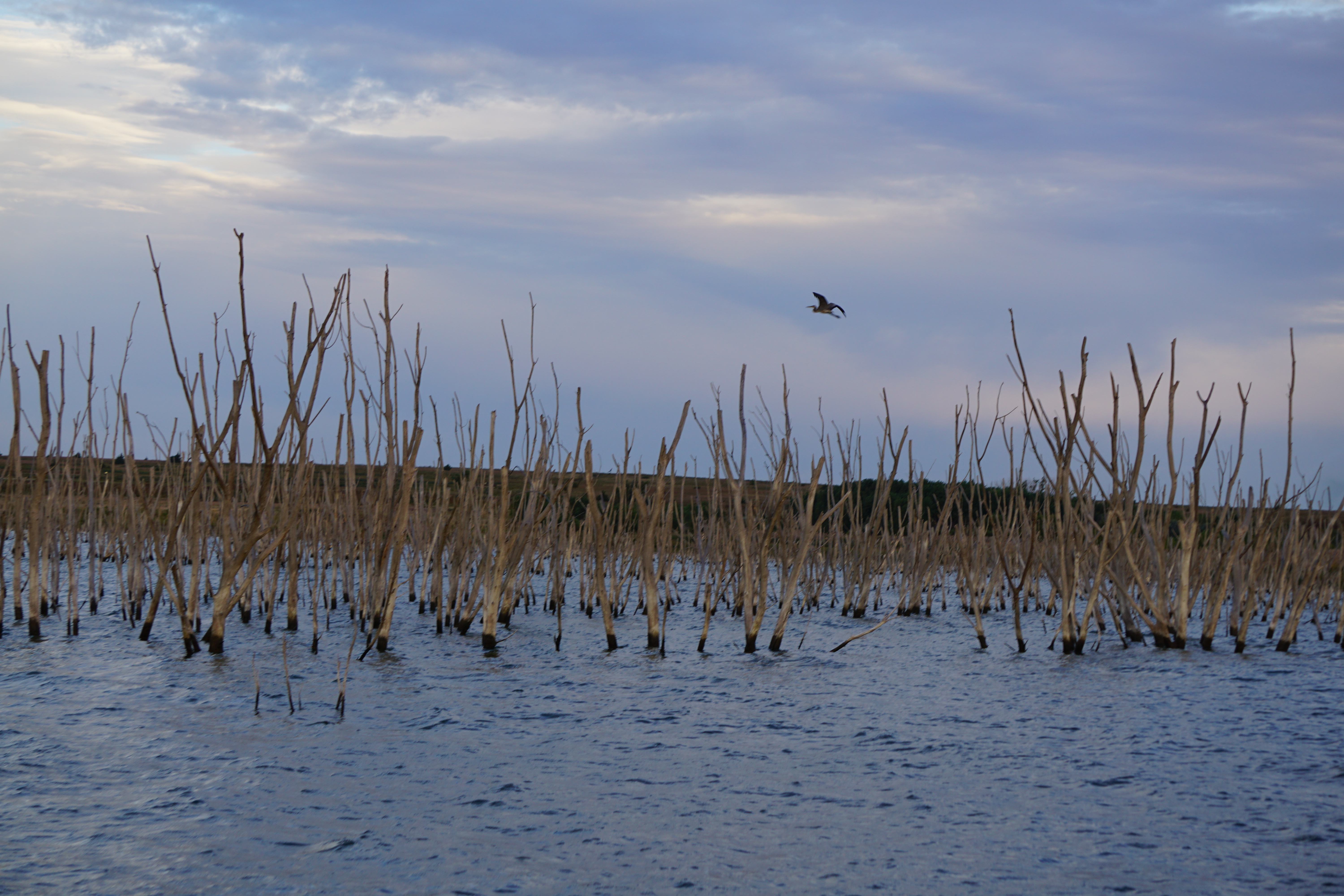 After I broke camp, we went to WaKeeney Jake and Chet’s Lounge and Sundowner for breakfast.  I will say that I did not realize how long Kansas was or how long it would take to get across the state.  I will say that I ended up eating the last of the donuts for lunch.  Ahem.

As I was driving, I saw a sign for Monument Rocks and decided to take a short detour.  It was a little strange to be following dirt roads and seeing oil derricks dotting the landscape. But that was nothing compared to the shock of seeing cows grazing contentedly with no fence between them and me.  Seriously…no fence.  Now I’m a farm girl and have grown up around livestock most of my life so it wasn’t the fact that there were cows, I’m just used to having them separated from vehicles.

And then we came to Monument Rocks: pale banded columns of rock that seemed to erupt out of the plains.  We took a bit of time to wander around the rocks, especially once we found a tortoise and wanted to find more critters, just as long as they weren’t rattlesnakes.  Finally the heat and lack of shade pushed us back to the car. 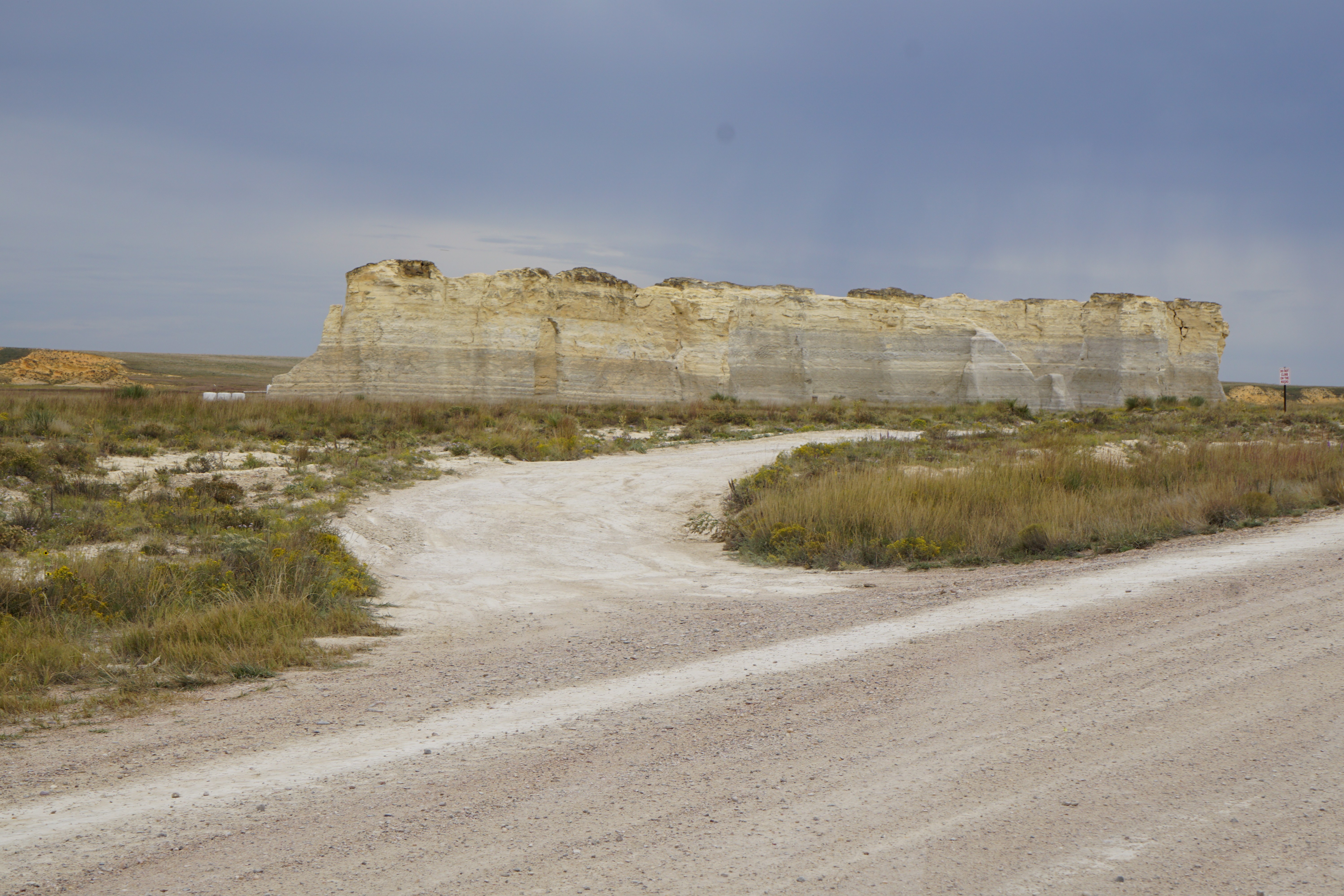 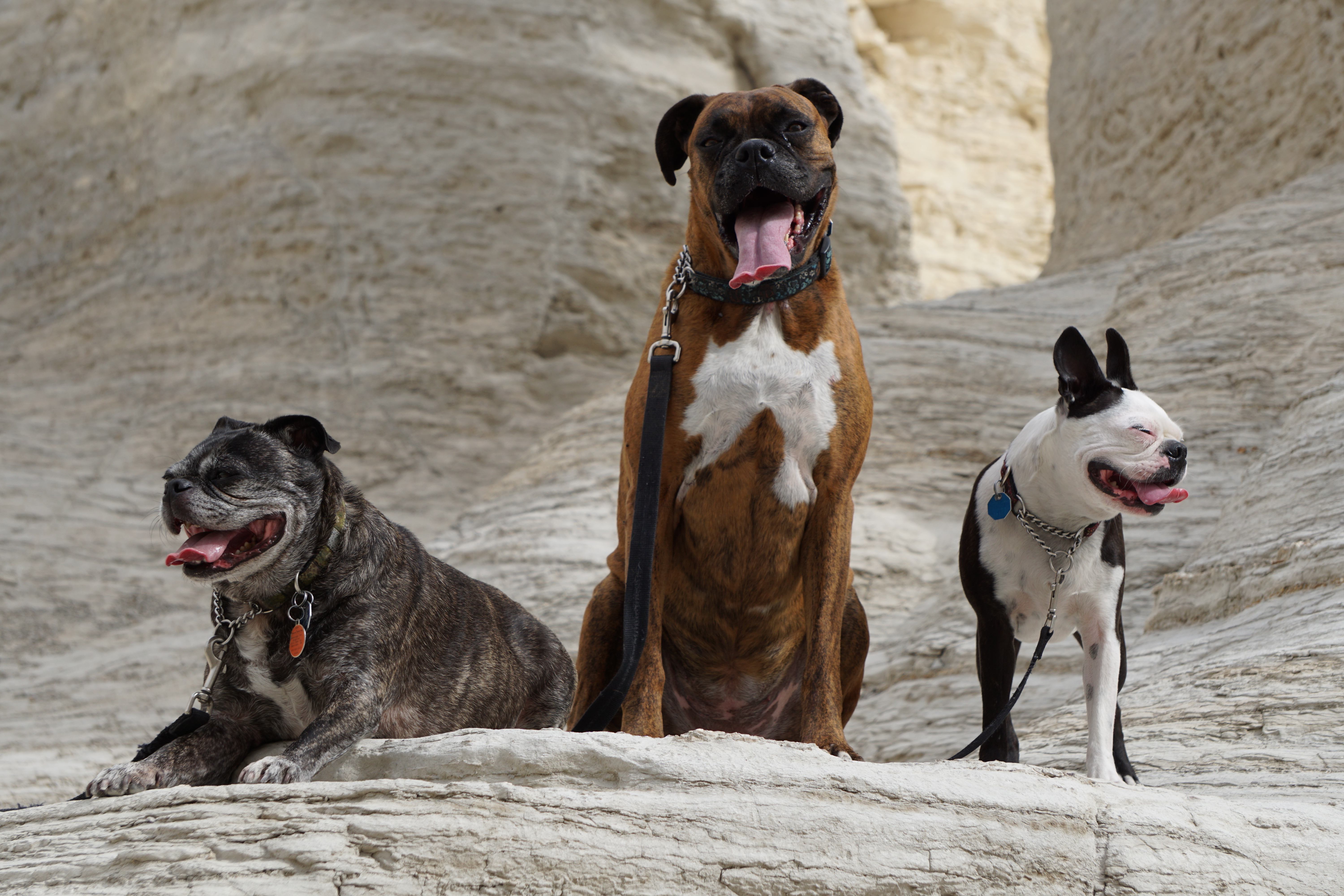 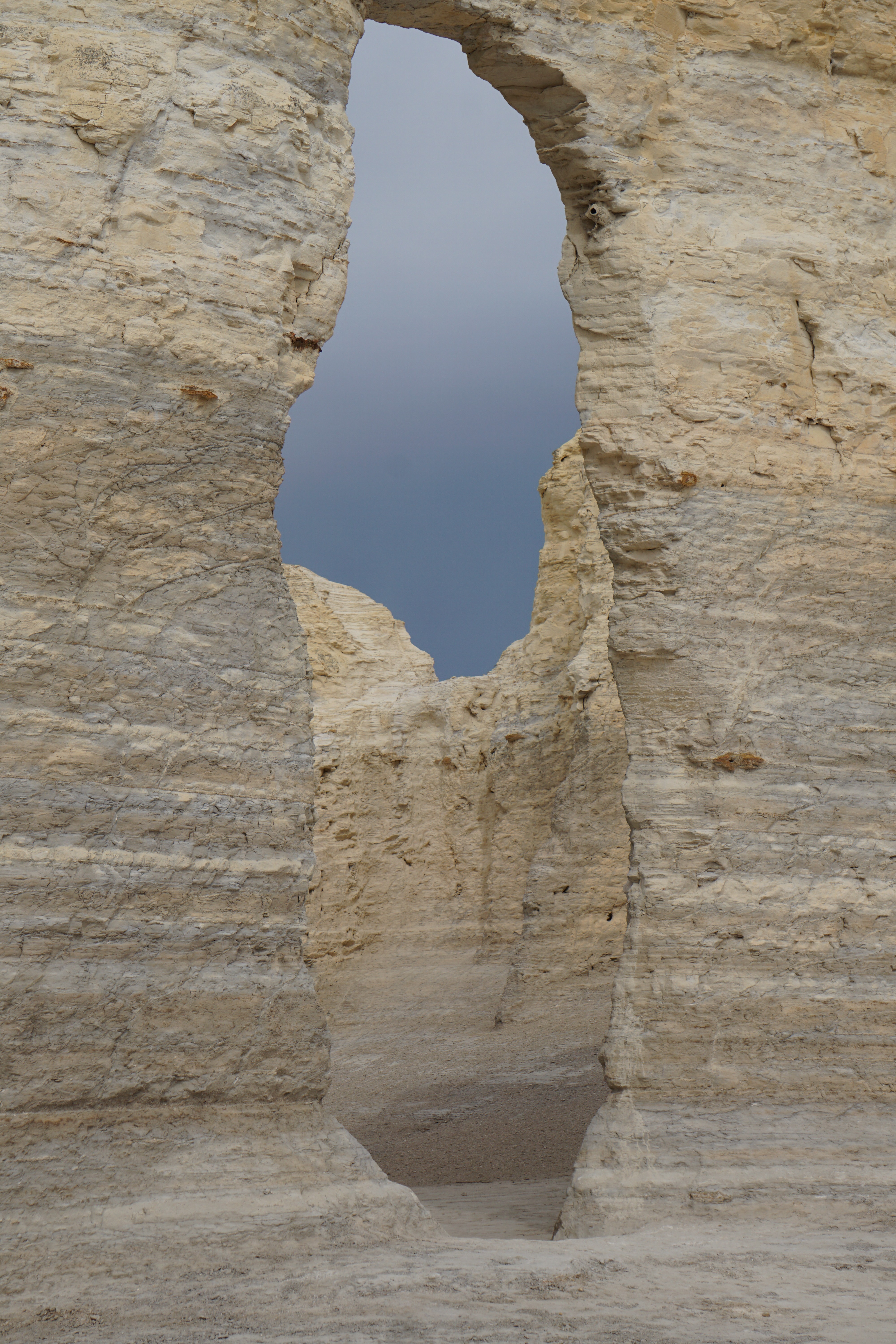 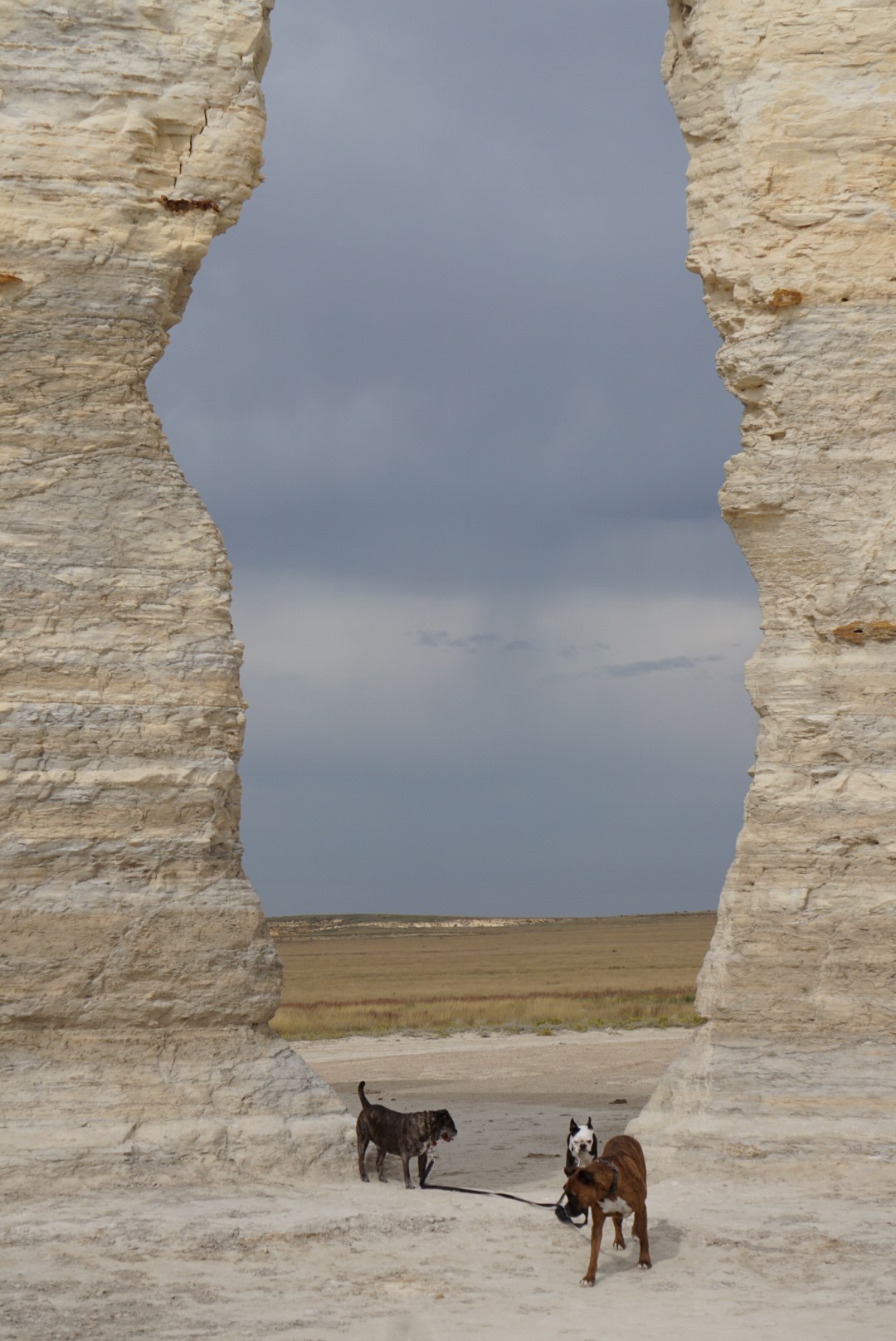 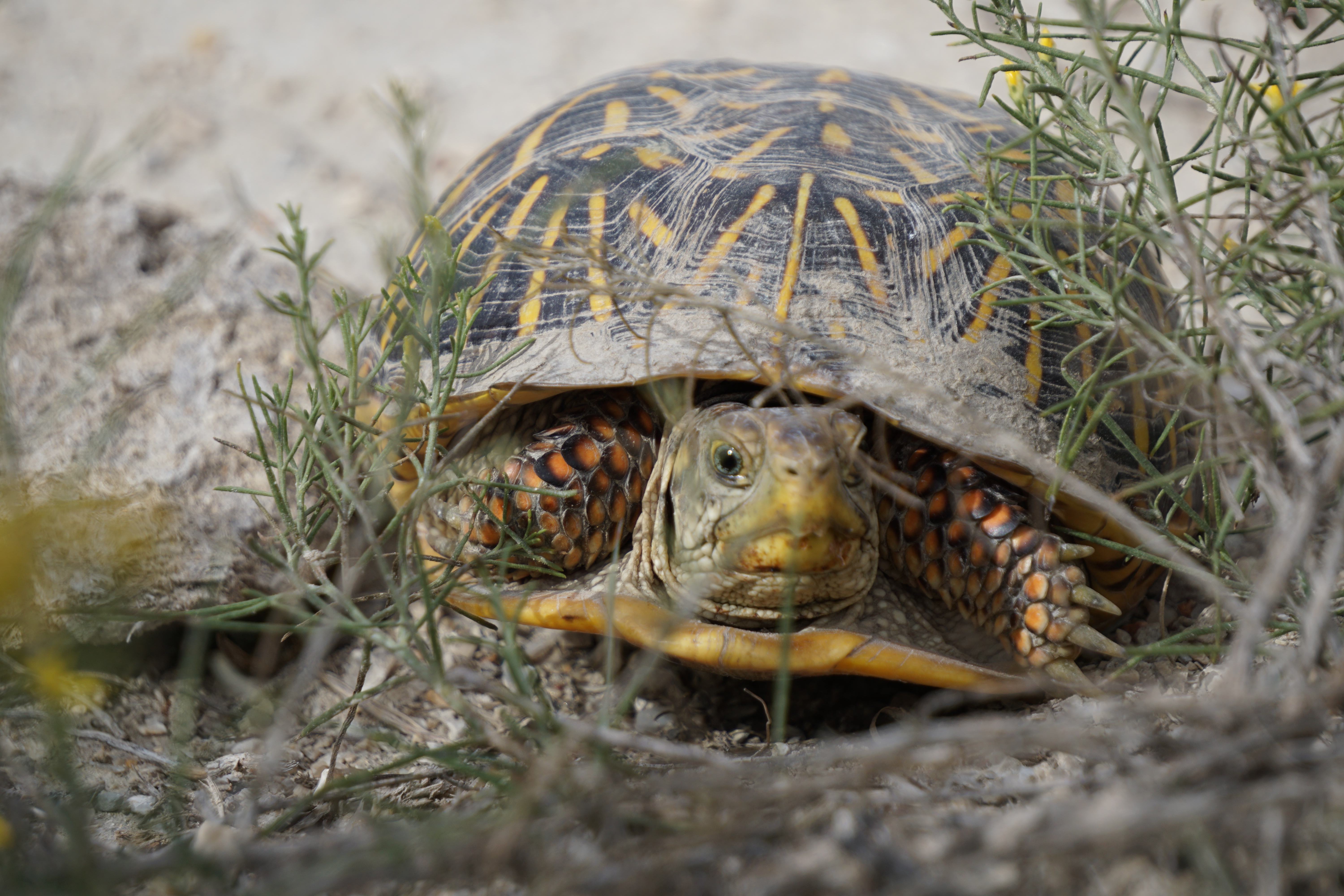 And into Colorado!  Now since we were in Colorado, I decided to stop at a running store that I follow on Instagram with some of the coolest posts: Palmer Divide Run Co.  Yes social media does work.  I spent a while talking with Chad who recommended a place to eat.  And I had been planning on finding a place to camp but a conversation about how unpredictable the weather can be on the mountain and that you can normally see the top of the mountain and now you can’t…well a flatlander like me knows nothing about mountains so I decided to play it safe and find a place to sleep.  After dinner of course.

On Chad’s recommendation, I went into Colorado Springs to Front Range BBQ.  This restaurant has also been featured on the Food Network series Diners, Drive-Ins and Dives. It’s got a really relaxed vibe but best of all?  The dogs were allowed on the patio!  As I waited for my food, most of the staff and several customers stopped by the table to get their snuggle fix in.  That was until I got the “Sloppy Pig” sandwich I ordered.  Oh my.  A toasted sweet potato bun with a mound of smoked pulled pork, kielbasa, bacon, sweet and spicy BBQ sauce, cheddar cheese, spicy slaw, pickles, and onion straws and I ordered it with a side of BBQ beans.  I’m drooling just thinking about it.  If you’re in Colorado City, this is a must visit place.

After dinner, we strolled up the main street for a bit to stretch our legs and be able to sit in the car comfortably.  And there up the road I saw something that made me look twice: a pizza place was a few blocks away and as we approached I saw two men dressed as priests? Would it be wrong to say the food must be…heavenly?

On the way back to the car I stopped at Republic of Paws which is a lovely pet boutique.  There were a few other dogs in there and I was a bit worried that new comers might stir up some trouble but in we went.  You know it’s a real pet place when there’s a gate across the door to prevent runaways.  Of course, my little darlings got all the love they felt they deserved.  I bought a couple of really cool shirts and continued on.

Back at the car, I scanned hotels and found a La Quinta nearby.   We checked in and about 10 seconds after walking in the door, the phone rang.  I froze since I had forgotten what a phone actually sounds like then picked it up.  Every horror movie I had ever seen flashed through my head and I half expected to hear that someone knew what I did last summer or that I was going to die in seven days or….nope just front desk checking to make sure that everything was alright.

All full from dinner, we soon snuggled down for sleep.

1 response to "Out of the Plains"