I barely slept since I could not stop watching The Last Alaskans and didn’t get to sleep until 2:00 am.  Whoops.  And with trucks moving in and out of the lot next door, I kept getting woken up.  The plan had been to leave early but that didn’t happen.  As usual.  What can I say: I’m not a morning person.

Then I found out that there can still be hazards for dogs in a parking lot: I was walking them along a strip of grass and trees at the back of the lot when I felt a tug and looked back to see Jack holding a front foot up with his big puggy eyes staring at me.  Crap crap crap I thought as I dropped to kneel next to him, my mind already reeling through first aid for glass or other damage to his paw.  I looked and saw a thorn sticking out of the pad of his paw.  And this thorn was MASSIVE.  Fortunately it was just the tip and as soon as I pulled it out, he jumped up and put his paws on my shoulder to lick my face.  Best thank you ever.  We were walking back towards to room when the same thing happened with Leo.  I pulled that thorn out and he went and peed on a tree.  How’s that for gratitude?  Obviously marking that tree was damned important.  As in “F you tree for dropping a thorn that hurt my foot.  Now you are mine!”

We stopped at Main Street Cafe and I had an amerciano and breakfast wrap.  The wrap was quite good.  Not quite Ted’s Tacos good which it seems has become the standard for any kind of breakfast wrap.  Then we continued through Montana and into North Dakota.

I had expected North Dakota to be flat and boring.  But as you can see from the photos below, it’s not much of either. 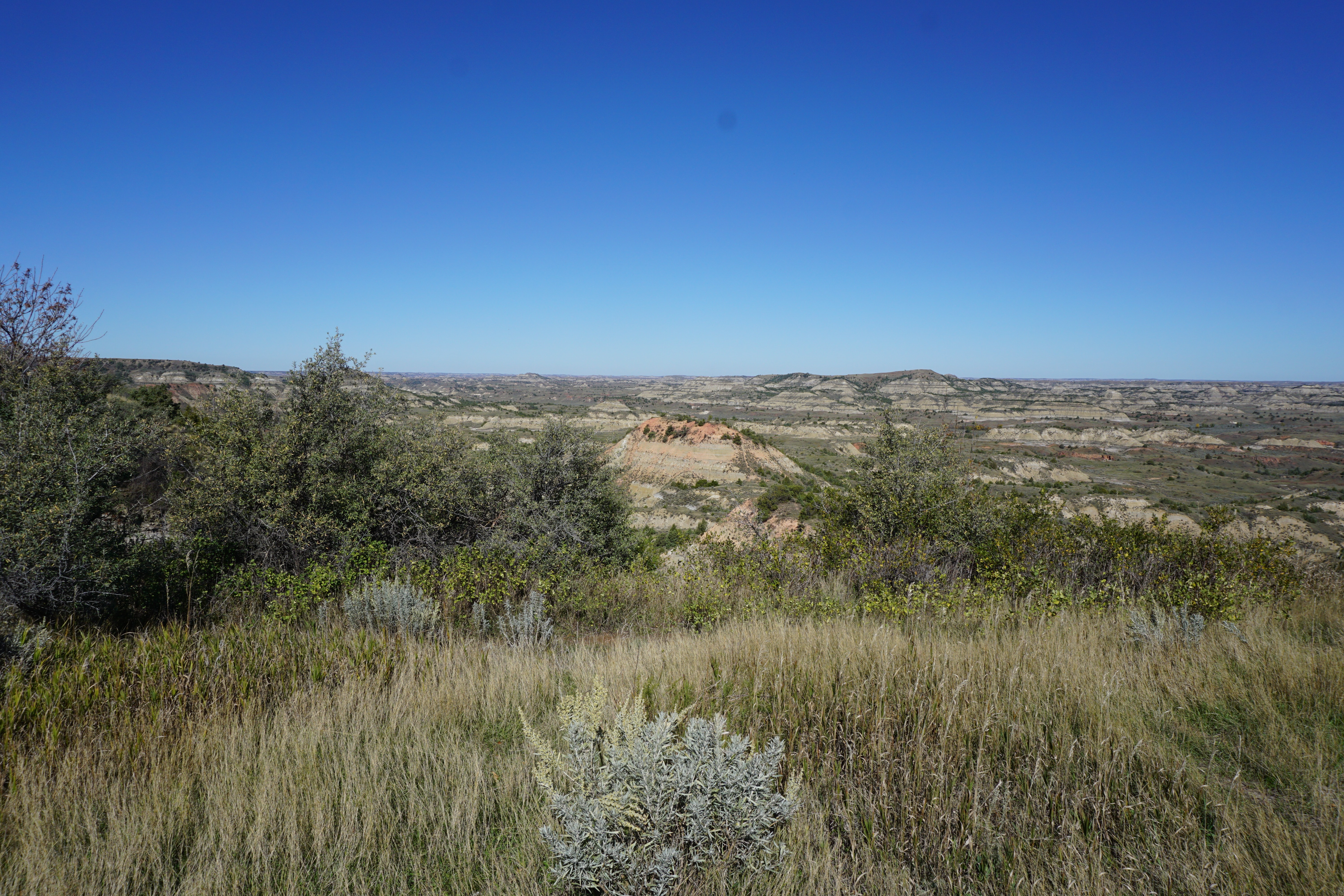 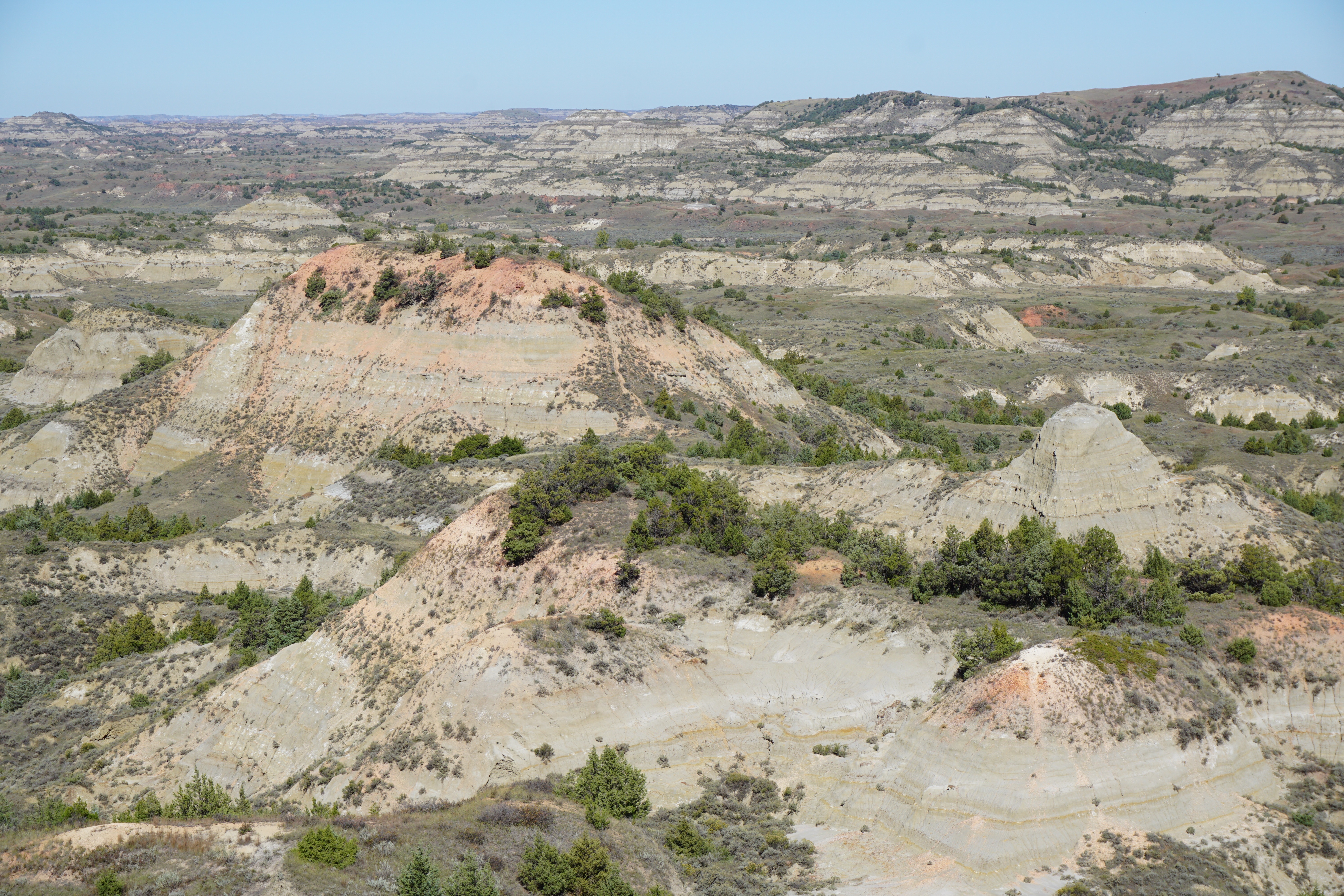 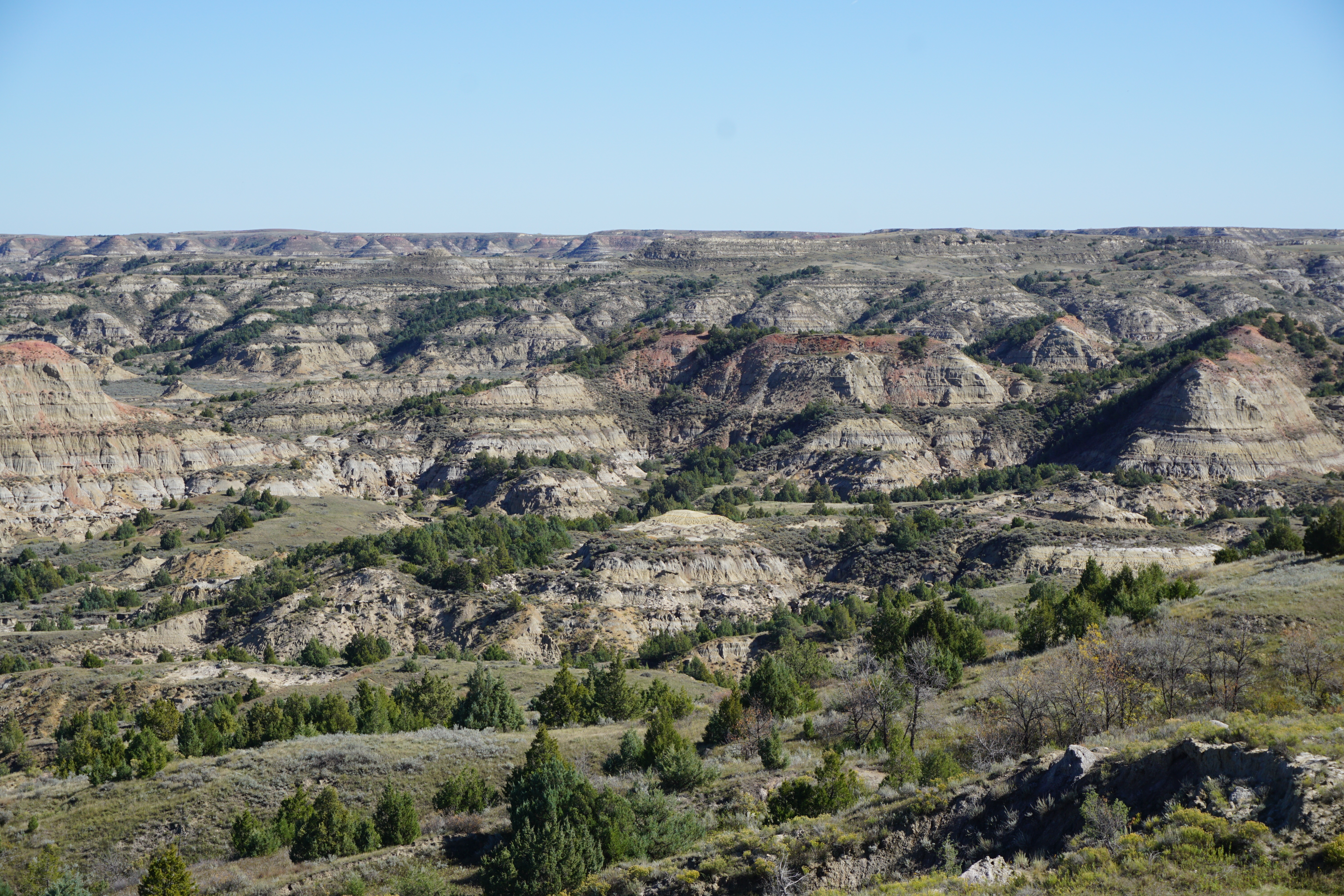 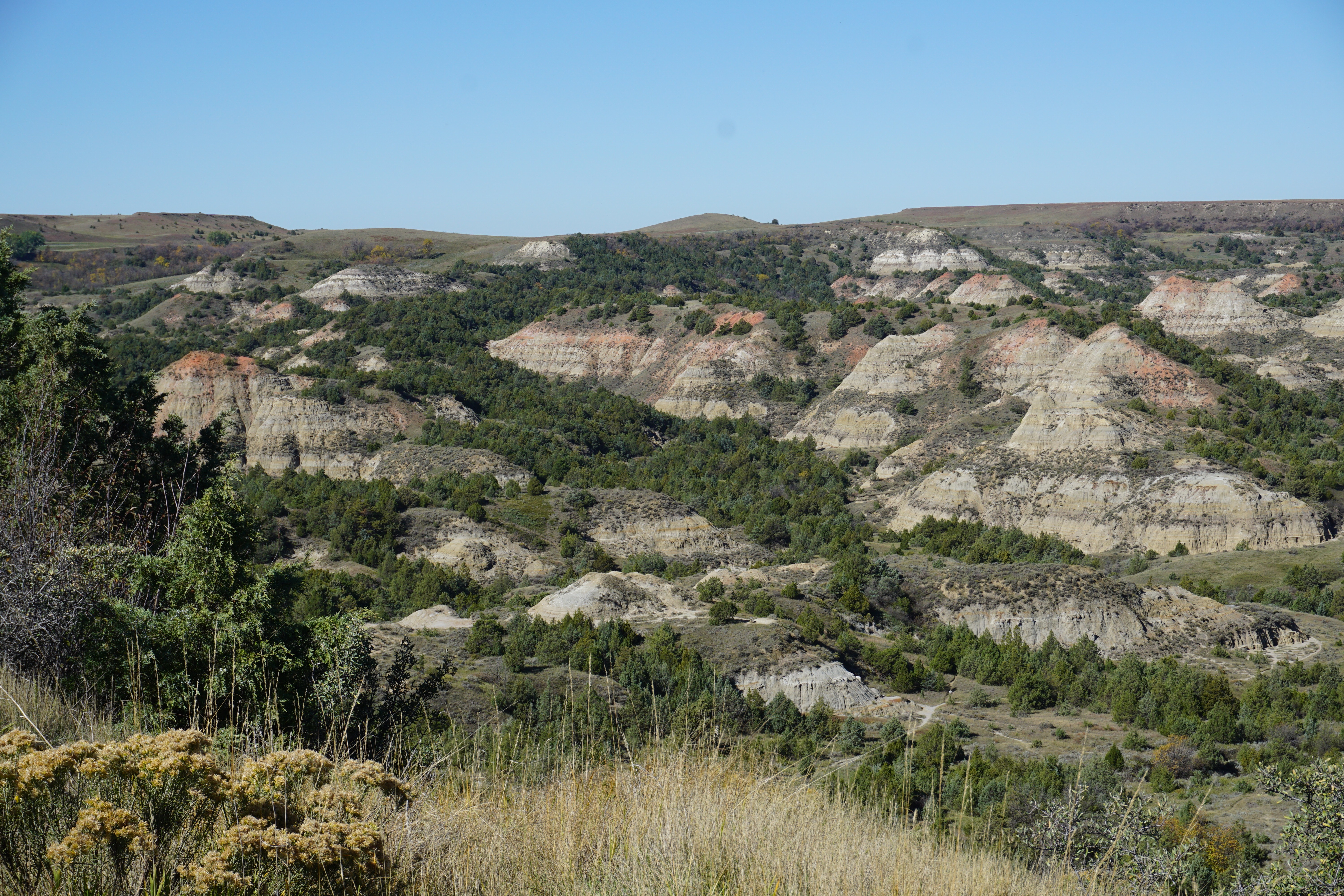 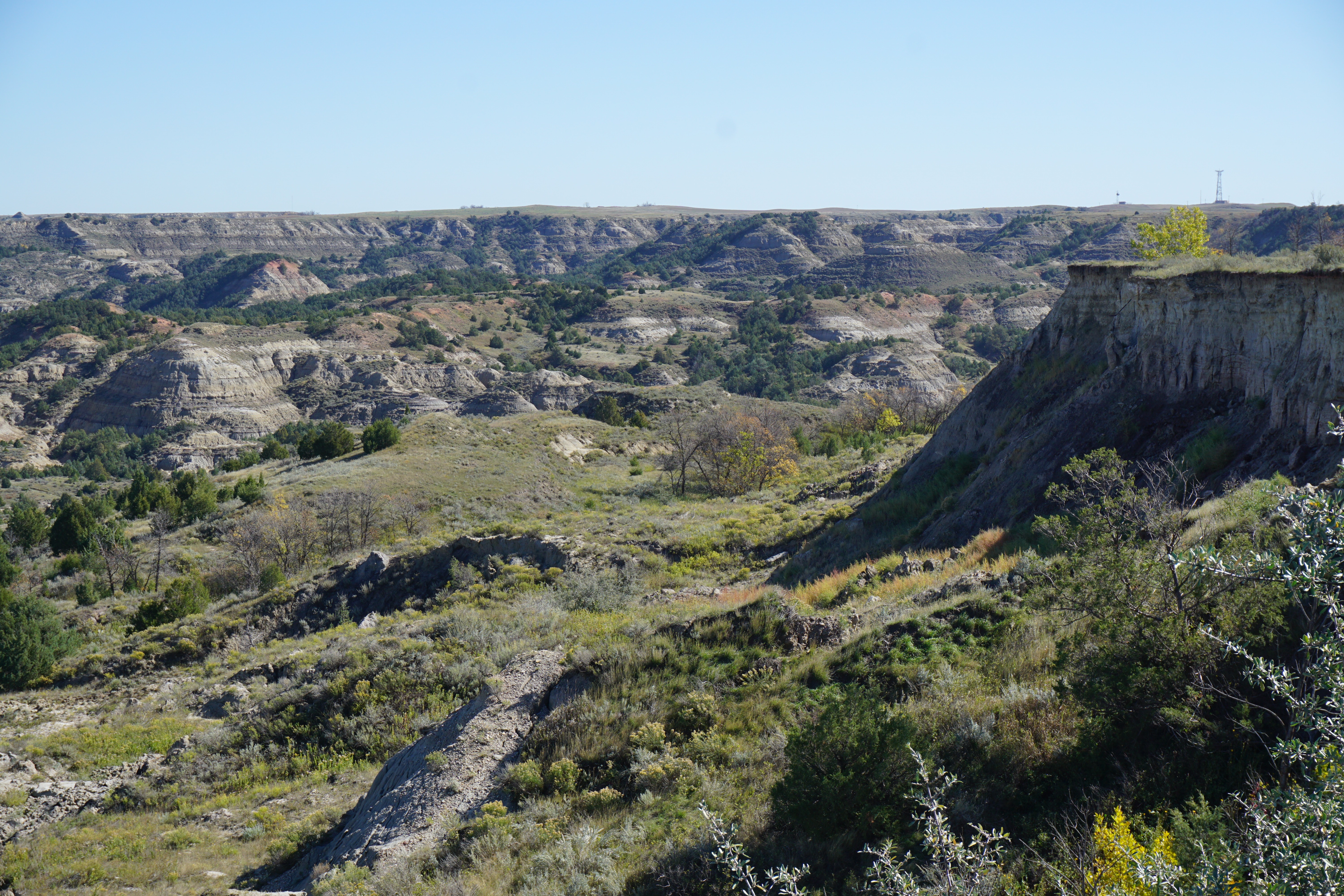 I wanted to get to my grandparent’s cottage that night but my grandma told me that the deer were really bad at this time of year and she didn’t want me out on the road.  That and I would have gotten in close to midnight so I booked a hotel.  I accidentally booked a room at the Knight’s Inn in Grand Forks after I had driven through it.  I realized my mistake as soon as I bought the room so I got on the phone with Expedia to try and cancel.  Keep in mind this is within minutes of swiping left to buy.  Well, the hotel could cancel but they’d still charge Expedia which means that Expedia was still going to charge me.  I was a little peeved that trying to cancel a room less than ten minutes after booking was a no-go.  I mean, it’s not like Grand Forks was hopping and they’d lose a sale or anything.  What really irked me was the fact that I had already gone past Grand Forks so I had to turn around and drive south 20 minutes then in the morning drive those same 20 minutes north again.  I tried not to be mad at the guy at Expedia who was super kind.  My fault.

I consoled myself with the T-Rex pizza from Rhombus Guys.  It’s hard to stay angry with TV and pizza.