I’ll admit that I did not sleep well and I’m not entirely sure why.  Part of it was because I had brought a different, slightly cooler and larger, sleeping bag.  This meant that little Leo was able to worm his way inside the sleeping bag and roll up at the base of it.  I’ve tried keeping him out but he somehow manages to slip in when I’m sleeping.  The fact that this bag was a bit more spacious meant that he would be even more comfortable than he is in my mummy bag.  It could have also been the sting on my left leg.  It was not as bad as it had been and the swelling was less distinct but the redness had spread to an alarming degree.  Since it wasn’t as painful, I tried to ignore it as much as I could.  Eventually it was light enough to break camp.

The owner showed up just as I was packing up the tent and I learned a lot about the history of the campground in a very short period of time while talking with her: how she and her husband had camped there 20 years ago and when it came up for sale only five years ago they bought it.  By that time it had been abandoned and fallen into disrepair.  It was obvious that the buildings still needed some work but the grounds were one of the nicest private location we had stayed in.  And the camp sites were HUGE.  Probably would have been a good idea to ask where I was.

Finally we were back on the road and stopped at the first diner we came to.  I still didn’t really know where I was and didn’t really want to know so I had no idea where Cherry Valley was in relation to everything else in The County.  Mike’s Diner is your typical greasy spoon and the waitress (I think Mike’s wife) is one of those old school folks that calls you “Hon”.  Love it.  The food was good and decent portion sizes which is always a bonus since the dogs have to get their little samples. 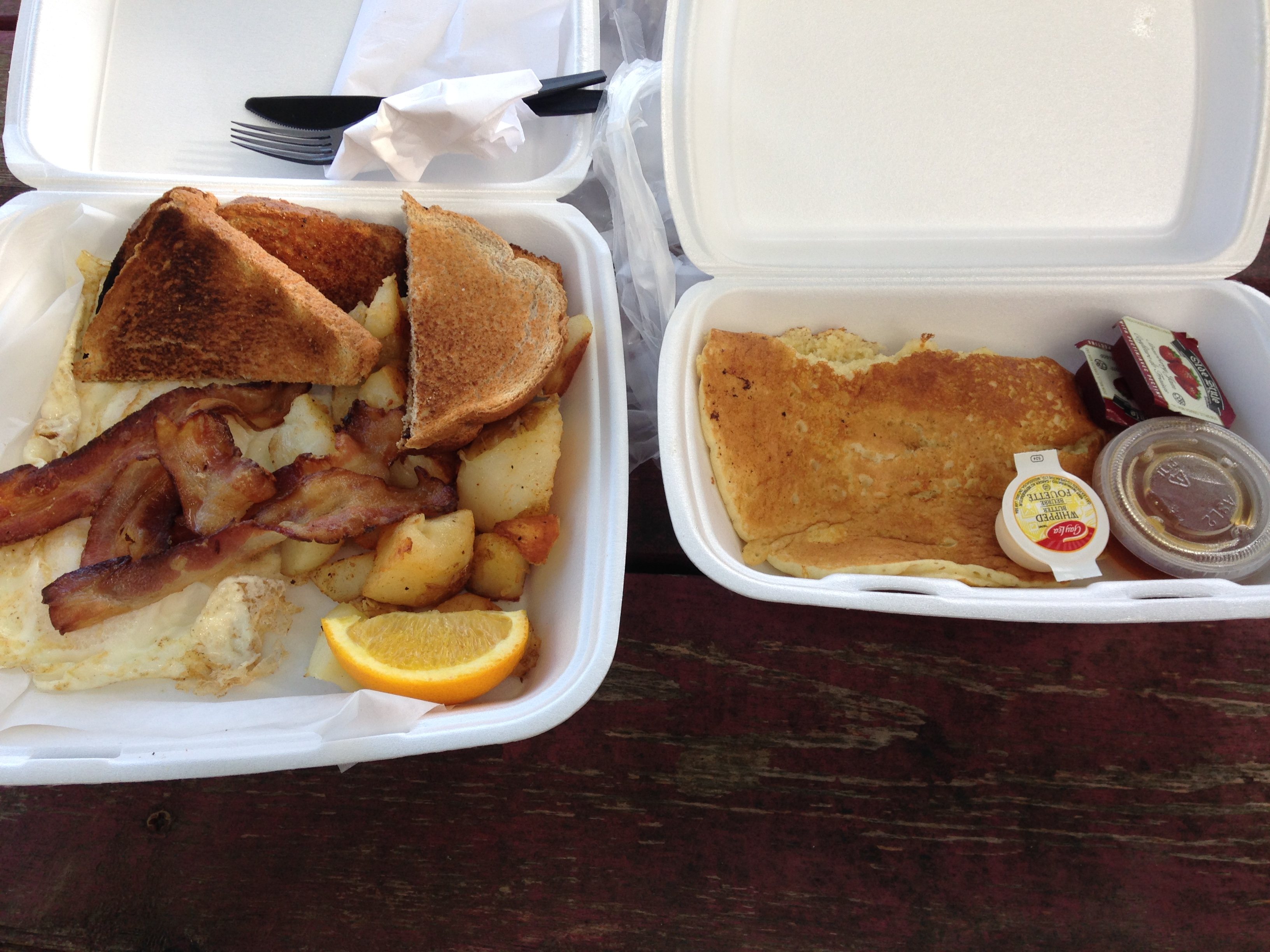 After breakfast we aimlessly drove around, stopping at Little Bluff Conservation Area and Prince Edward Point National Wildlife Area.  It was hot so I was happy that there were so many places for the dogs to swim.  Or in Jack’s case, sit in the water and just relax while the other two splashed around.  Considering how hot the day had become, I was surprised by how few people were out.  And with it being so hot, we basically ignored most of the trails, only walking what we needed to get into the water.  The shoreline around this section of Lake Ontario is rocky so if you go there expecting sand, you’ll be very disappointed.  These spots do offer spectacular views over the water and the lake stays shallow for quite some distance which makes it great for children.  And dogs.

There was one place that I did want to go to while we were in the area: Three Dog Winery.  How could I not go with my three dogs?  The winery bit is just an added bonus.  When we got there, I asked if I would be able to take the dogs for a walk.  The staff were so friendly and told me I could talk them anywhere on the property and since there were no other dogs, they could go off-leash if I wanted to let them run.  And then come back for wine.  YES!!  We did walk through part of the property but the dogs were tired from swimming and it was hot so soon we found ourselves back in the tasting room.  The dogs splayed out on the concrete floor, after visiting their new best friends, while I sampled my way through the wines.  They were very good but after splurging on ciders, I left with a bottle of Pinot Grigio and the Rose.

By the time we left the winery, I had heard from my friend and started driving to his place. We had a little time to kill so I stopped when I saw a bistro called Agrarian.  I stopped in there for a little caffeine (it had been hours since my last hit after all) and I found that I could not stop staring at the tarts on display.  The lemon curd blueberry tart was calling out to me so I couldn’t leave it behind.  The flavour was very good but the pastry was too delicate for the filling.  I should have taken a spoon to eat it since all the crust disintegrated as I tried to lever it out out the tin which was disappointing.

My friends live on the outskirts of a small town outside of Picton and retirement seems to be treating them well which makes me so happy.  We went out for dinner at a local pub that I think was called The Picton Pub but I could be wrong.  It was a small place in the middle of nowhere but the food was fantastic.  I could have listed off what we ate and pictures of how well it was presented, but I put all that on hold and just enjoyed a conversation and re-connecting with friends.

Now I must admit that I was a little worried about the dogs being left by themselves and with Piper’s tummy issues, I half expected to walk back into the house to a mess.  Nope.  Their dog Alaska and my three were waiting for us but not a single thing seemed to be out of place.

We sat and talked for a little longer and then with full bellies, we all went to bed.  They have a spare room in the basement and the dogs were, as usual, out before I was.  Alaska seemed to miss her new friends and slept against the door most of the night.  I know because I could hear her shifting every so often over the chainsaw that is a snoring Jack.

1 response to "Explore The County"