Where were we? When last we saw our intrepid…quad-uo? Double duo? The pack? They were in a nameless rest stop in Montana. And now the story continues….

After a few hours I headed back out into the darkness. And with the sky lightening behind us and the car warming up, another rest stop beckoned.  I figured that I would stop at the next one but that was closed so we kept going.  The one after that was open.  When I parked, I tried to get the dogs outside but they would have none of it.  So I tipped my seat back and caught a few more minutes of shut eye.

After a quick nap I opened my eyes to see that we had parked directly in front of the first fenced dog area I had seen on the entire trip. Great. I figure the dogs can have a boot around. They sniffed. They sauntered. They stood at the gate. Ok I get the hint.  They had their breakfast while I had a leftover granola bar.  One more attempt to get them playing in the fenced in spot and back on the road.

A short drive down the highway and I stopped in the little town of Livinston. Not only did I get gas, but a cute little coffee shop called Rx Coffee filled my tummy with caffeine and a mixed berry white chocolate scone. Breakfast of champions.  It was so unexpected and if I ever found myself in the vicinity again, that would be one of my “must go” places.

Finally I found a campground and the ranger pointed out a pasture where I could let the dogs run. Great! He’s a dog guy too and spent a few minutes fussing over my little ones as I told him about my trip.  When I mentioned that we were going to Spokane (which I learned is pronounced Spo-kan) he seemed surprised and asked why: “That’s where all the wildfires are.”  Wildfires.  Right.  I had forgotten about the fires.  Travelling by the seat of your pants is fine but sometimes a little research is a good idea. I put it out of my head and let the dogs have a play and back on the road we go.

Another stop for gas and I found a coffee booth in a parking lot. Seems to be quite common here.  I did not realize it was a drive thru so there I went walking up and which totally threw off all the locals.  Oops.

We found another trail quite by accident and what a find it was! We didn’t go far but it was amazing.  I’m not even sure if it was an actual trail.  It was well off the main road and I saw what looked like a spot to park the car.  We walked across the rough dirt road to a small river.

I stopped at the side of that nameless river and looked up at the mountains around me, the water rushing beside me, I felt the warm sun on my face, and the gentle wind blowing against my skin.  I looked at the dogs eagerly poking their noses into every nook and cranny as they followed every tantalizing smell.  I sat down on a log and felt the urge to keep moving, even to keep walking, leave me as the three dogs each sat down with me and I thought “Here.  This moment.  This moment right now is my forever moment.”  I don’t know how long we sat there together; it could have been a minute, it could have been 10, but eventually we stood and made our way back to the car.

After another short drive on the road I stopped at another trail. Unfortunately they had an event going and I couldn’t take the dogs on the trail but I ended up talking to some people and when I told them where I was going they mentioned the wildfires as well. I hadn’t forgotten about them I just didn’t think the haze that I saw in the mountains was from smoke. Looking back I can’t believe that I didn’t make the connection but we don’t have much experience with fires of this size in southern Ontario.  And that is why I was glad I booked a room. For reliable and up to date info that I would likely not have if I were in a forest.

We were back on the road and almost out of Montana when I passed a sign for cherries. Now the only vegetable matter that I had up to this point in the day was a piece of lettuce on a turkey sandwich so I headed down a short section of road and bought a pound of cherries. And an ice cream cone. Yes I like ice cream.  I consider it part of the dairy quotient for the day.  And it was a local variety so I had to try.

We cut through a corner of Idaho and the smoke was getting thicker. I started seeing signs that were a little disconcerting: “High fire danger.  Use caution.”  I did see one of the best signs I have ever seen: “Working fire ahead. Do not call 911”. Awesome.

We got into Spokane and booked into the Rodeway Inn in what looks like a very industrial part of town and then we went for a walk. Not the worst place I’ve ever stayed but also not the best. It turned out I was in the room next to the exercise room. Terrific. Then I go into the exercise room. Stairclimber: doesn’t work. Airbike: doesn’t work. Gliding ski thing: almost wiped out. Didn’t even bother with the cable stack.

Feeling at something of a loss I MacGyvered a solution: I loaded up my backpack and I use that for a workout. Oh and leave the AC off. Not pleasant at all. 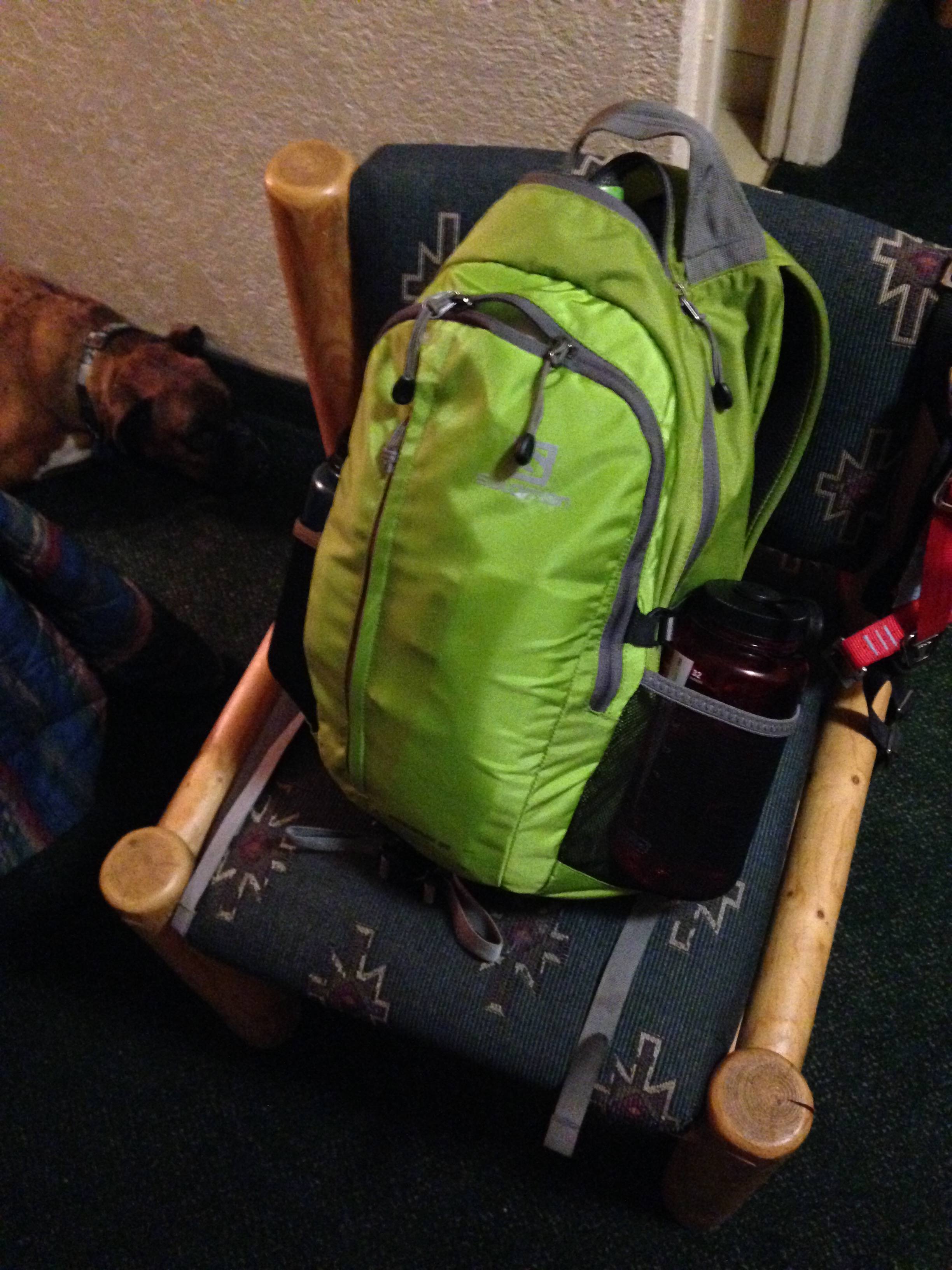 After actually working up a bit of a sweat, I climbed into bed and was soon enveloped by sleeping dogs.