The Only Wedding Where I Almost Cried 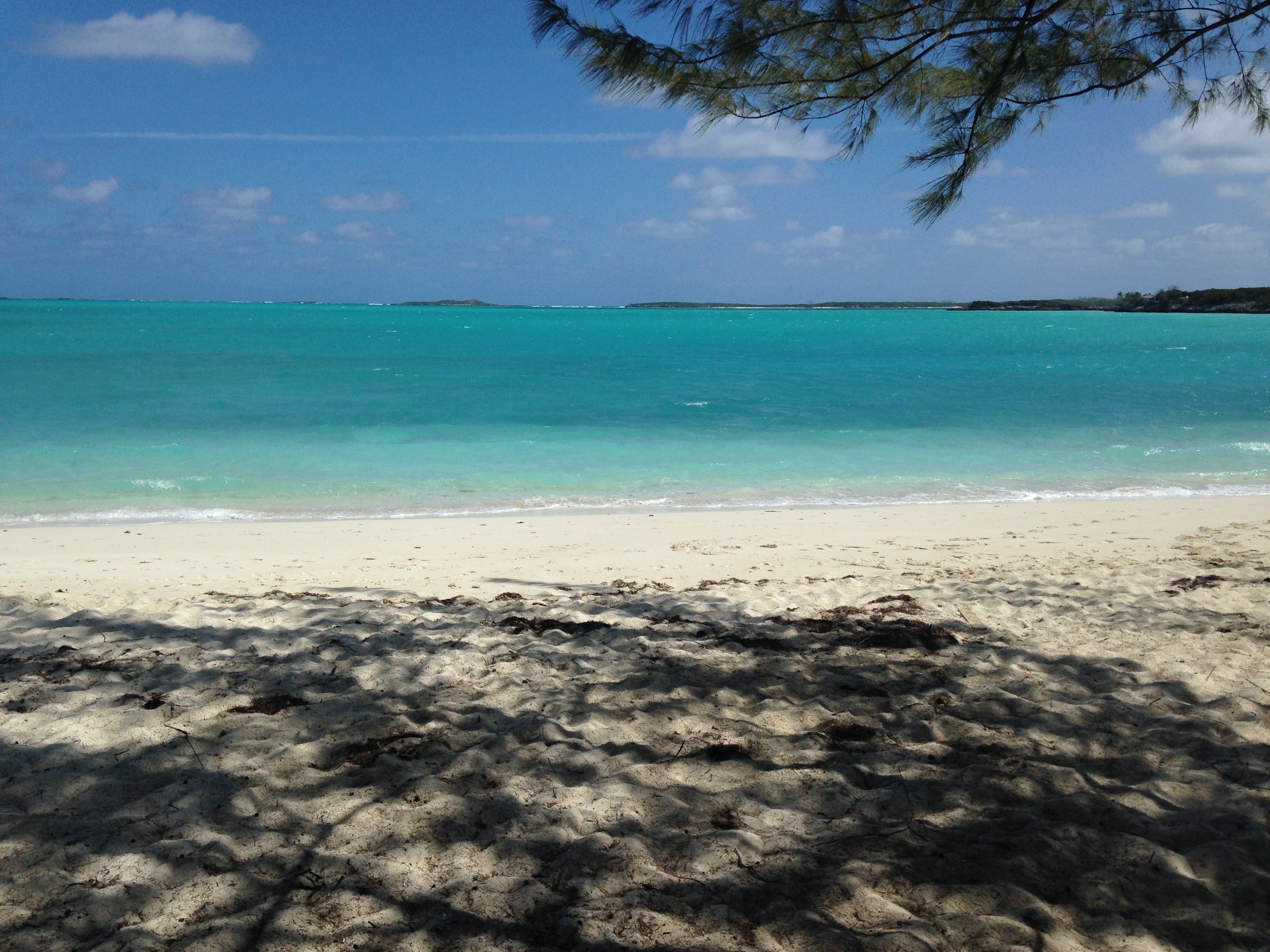 My brother doesn’t half-ass anything so when he got married this April, he did it in the Bahamas.  He’s my baby brother; I had to go.  And besides, he needed a best man…bridesmaid…best maid…Anyway, it was a chance to go the Bahamas for a week.  Specifically, we stayed at Augusta Bay on Great Exuma.  Rather than give a day by day recounting of the trip like I usually do, I’ll just sum up a few of the main points.

The Scenery:  Yes it really is that beautiful.  No it’s not Photoshopped.  That shade of blue actually does exist.

Make Friends With Your Bartender:  Through our bartenders we were introduced to the Goombay Smash.  It’s not just a name; it’ll get you smashed.  The drinks were stiff, the conversation steady, and the laughs never stopped.

The People:  The people we met were the most unbelievably friendly people.  And it wasn’t the “I’ll be nice to you so you’ll give me money” kind of friendly.  We joked about having beer with one man and he pulled out a six-pack and sat down on the beach with us.  We hitchhiked from town when we couldn’t find a cab.  I went running through Georgetown one morning and had so many people say something it was like a commentary.

Get Outside:  We rented a boat a couple of days and even though the area that we could take it was fairly limited, we were still able to pack some snacks and spend the day beach hopping, hiking, and snorkelling.  We knew that there had been tons of other people who had walked the same beaches, but to us it was untouched land.  At one point, I found myself clinging to the side of the boat as my brother drove closer to a large stingray just so I could film it.  And for the record, the stingray had no problem with me; I did not try to touch it or bother it in any way.

Stay Close:  One of the best times I had was snorkelling under the hotel dock with my brother.  We went from clear blue water to a creepy horror movie under the dock.  A wall of fish seemed to surround me as I wound my way past the posts.  I felt pretty badass when I emerged at the end after swimming with grouper and puffer fish and barracuda and stingrays.  And we were close to help if the barracudas and stingrays suddenly didn’t want to swim with me anymore.

Eat the Conch:  We had heard about the conch salad so when we went for dinner at “Shirley’s” at the fish fry just outside of Georgetown, we ordered a salad.  Then as we sat there and watched conch salad going from “Sam’s” next door to “Shirley’s”, we thought we would pick up our own order.  The conch salad was slices of conch (of course) with diced tomatoes, onion, green peppers, and a bit of Scotch Bonnet dressed with the juice of lemon, lime, and orange.  Now normally I don’t like tomatoes or onions or green peppers, but this salad was a great example of something being more than the sum of its parts, and I greedily scooped up bite after bite.  Even when the salad we originally ordered appeared.  The salad from “Shirley’s” had had other ingredients added which, in my opinion, upset the balance of flavours.

“Chat n Chill” on Stocking Island:  Skip it.  Unless you like sitting under T-shirts that are rotting off the walls and ceiling, lacklustre food, having to pay extra for the rum that should be in your pina colada, and people who will tell you a beach is two points away and only a 10 minute walk when it in fact several points away and a 10 minute boat ride.  The best part of the place were the tame stingrays.

The Swimming Pigs:  Not necessarily the pigs themselves but a guided tour around some of the islands.  Most of the pigs were full-grown which seemed to be a surprise for some people.  And many of them no longer felt the need to swim.  There were some piglets in the bushes, but it quickly become obvious who in the group had been around livestock before as most ended up back in the boat fairly quickly.  After the pigs, we went to an island inhabited by iguanas.  I would be sprawled out on the sand, eye-to-eye with a large igunana then hear claws scrabbling on the rock behind me only to look over my shoulder to see an even bigger iguana lumbering towards me.  Which brings me to the next point…

Back up Your Photos:  There is nothing sadder than having your memory card die most of the way through the week.  Excuse me while I wipe a few tears off the keyboard.

Talk to People:  Four of us went to the Bahamas, yet there were 17 people on the beach for the wedding.  Besides the pastor and his wife, the photographer and his wife, there was a family from England who’s three young boys acted as ringbearers, a couple of pilots from Germany who were island-hopping while on vacation, and the groundskeeper for an area near the beach.  It was heartwarming to see all these random people come together to share in a special day for a group of Canadians they had only just met.  Not only that, but the manager from the hotel had volunteered to shuttle us all back and forth between the hotel.

It’s OK to Cry:  I didn’t actually cry.  But as I was standing next to my brother watching his gorgeous bride as she walked towards him, all I heard from him was “wow…wow”.  And when he cupped her face in his hands and whispered to her, he suddenly wasn’t my baby brother anymore.  He wasn’t the thuggish-looking guy he seems to be.  He wasn’t the business man, the smartass, or the sometimes loudmouth.  He was a man looking at the woman he loves.  And wouldn’t ya know, that was when the sand kicked up and got me in the eyes.  Yeah that’s it.  The sand.

Too soon the week ended and I left to return to my life, leaving my brother and new sister-in-law to have a few days on their own for their honeymoon.

Was that the end of my adventures?  Hardly.