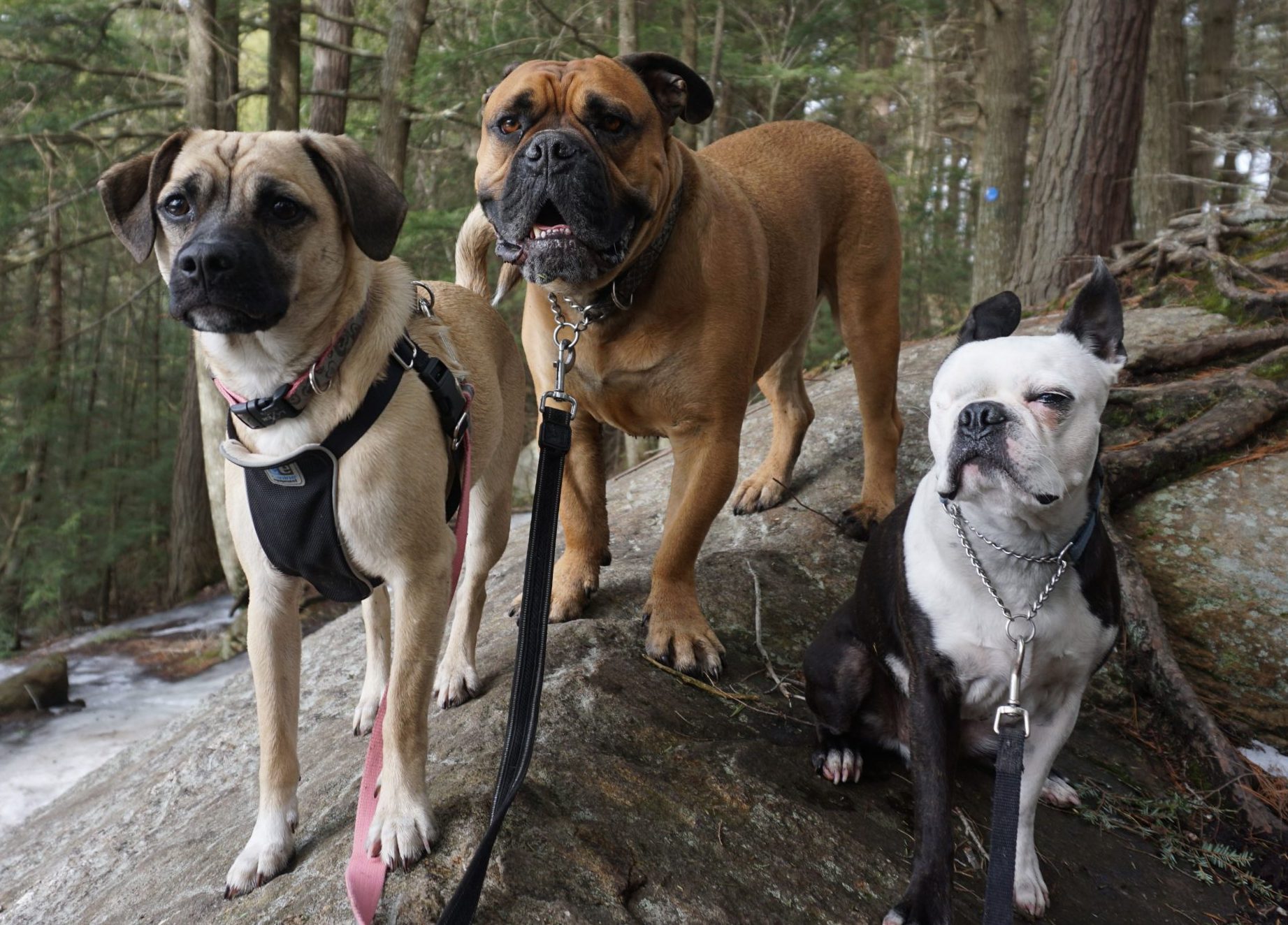 Algonquin Provincial Park was founded in 1893 and was the first provincial park in Ontario.  It is 7 635 square kilometres (or just over 4 771 miles for my American friends) of forests, bogs, rivers, and lakes.  The vast majority of the park can only be explored on foot or by canoe.  An extensive network of canoe routes and backcountry hiking trails means that you can return to the park many times over the years and always have a different adventure.  Highway 60 cuts through a southern extension of the park where 14 interpretive trails and eight campgrounds are waiting to be explored when you don’t want to venture into the backcountry.

Algonquin Park is only a three hour drive from both Toronto and Ottawa.  As both cities have international airports it is even possible to visit as a (long) day trip for visitors from out of country. Anyone that doesn’t want to mess with camping gear can still take the opportunity to explore this gem made famous by the Group of Seven by staying in one of the nearby hotels or resorts.

With all that out of the way, I’m sure you caught on that we were recently there for a visit.  I’ll admit that I don’t often go to Algonquin, perhaps because it is so close (it’s only a two hour drive from home) that I would rather spend days wandering new terrain.  Since Covid seems to be sticking around longer than anticipated, I purchased an Ontario Parks Pass this year, meaning that I have unlimited access to provincial parks.  So when a nice day came up at the end of March, I decided to make the most of it.

I did go backcountry camping there many years ago, before the AdventureDawgs was even a thought and it was just Piper and I hiking into the great unknown.  Maybe that’s why I haven’t been back there since that trip.  Maybe I didn’t want to sully the memory of a girl and her dog, when I hit the trail to decide if it was time to end a long-term relationship.  When I sat out beside a lake with my arm over my boxer listening to the water and the sound of the night fall and at no point did I feel lonely.  Maybe it was just time to move on from that moment.  I have been thinking of going into the backcountry again and this would be as good a place as any to see how the pups handle real camping.

This was also going to be Lilly’s first all-day foray, kind of like a test run for the longer multi-day adventures that she was in for.  It’s one thing to wander our local trails but getting her out into new places with new experiences is the only way to prepare her.

I’ve never been to Algonquin Park so early in the season so I was not prepared for all the snow that still remained.  In the shady places, it was still about mid-calf deep.  Walking was treacherous in a few places because it was such a warm day that the snow had started to soften but it was still packed meaning that what you thought was solid footing often was not.  And there was some really icy patches.  There was more than one time I had to do the always dignified butt slide down a steep patch of trail.

The trails that we walked were very well marked with blue or white blazes and markers.  While there was often changes in elevation, the trails were not as difficult as some others we have hiked.  I would say these are of moderate difficulty.

Sturdy shoes with good traction are a must.  While the trails are well-marked, they aren’t groomed in any way so there are rocks and roots to deal with.  Where the ground gets wet, the mud can get very deep and slick.

The trails listed below are good for people with an average fitness level.  I do not think that strollers or mobility devices would be safe here.

Consider bringing walking poles for the steep and rough parts of the trails and if you plan on doing the backcountry, they are a must.

Make sure you stay hydrated and bring a snack.  It’s easy to underestimate the difficulty of the trails and while I made sure the dogs had plenty of food and water, I forgot about myself. At one point, I was tempted to stick my head in Peck Lake for a drink.

Some trails go through biologically sensitive areas and therefore dogs are not allowed.  Dogs are required to stay on leash in all areas of the park except in one of the three designated pet exercise areas: Lake of Two Rivers Campground, Mew Lake Campground, and Rock Lake Campground.

In the summer time, mosquito repellent and bug clothing is essential equipment. Mosquitos, deer flies, and black flies can make any visit miserable if you’re not prepared. That also means bringing repellent for your dog.

Needless to say, Leave no Trace.

We travelled east across Highway 60, stopping at the designated parking areas as we passed them.

This is one of the backcountry trails.  The three loops of the trail means that you can choose a route from 32 km to 88 km.  Naturally we just did a short out and back.  The trailhead has a large parking large with vault toilets and picnic tables next to a lake.  A bridge leads from the picnic area onto the trail.  The trail starts out relatively level but with a name like Western Uplands, I imagine it gets a little more up than level.  With boggy areas and small creeks, it is obvious that this trail could get quite muddy in spring or during heavy downpours.

This is a picnic area just off Highway 60.  Lots of tall trees surround several picnic tables overlooking the river where it crosses the dam.  We did venture along the side of the river, following a trail used for portaging canoes.  King was rather displeased with me for not letting him play in the river.  Even with ice in the water, he still wants to splash.

A short 1 km loop trail takes you to a lookout over the lake far below.  Benches give the perfect vantage spot to rest and enjoy the view.  The climbs are relatively short but they can be steep.  Luckily the slope meant that the tree cover was not as dense so the ground was clear of snow.

The trail around Peck Lake is 2.3 km long.  This was one of the most difficult trails we hiked; because there was dense tree cover, the trail stayed in the shade and the ice was solid.  While the trails are wide enough, when you’re trying not to break an ankle there isn’t a lot of space to navigate.  Lilly enjoyed playing in the thick layer of snow.  King wanted to play on the ice.  Leo seemed irritated with the breaks and wanted to keep hiking.  Or maybe it was because Lilly wanted to play.

I think this was my favourite trail of the day: a 3.5 km trail with a lookout over Jack Lake.  I almost didn’t go out because I was worried about not making it back to the car while it was still light.  Then I remembered the time change and that it’s not dark at 5:00 pm anymore.  The parking lot is on one side of the highway and the trail is on the opposite side.  I could see the road crossing being dangerous during the busy summer months but we felt like we were the only ones in the park.  The trail does have steep sections but the view at the outlook was outstanding.  Or maybe I just liked it for the photo I finally got of all three of the dogs together.

By the time we made it back to the lot after a full day of hiking, the dogs were ready to climb into the car for the drive home.  We stopped in nearby Huntsville to visit Canvas Brewing Co. which has a dog-friendly patio.  The dogs were so good when a Pomeranian started barking its head off when we sat at our table.  King actually fell asleep on my feet.  Oh my little heart almost burst to see him so calm.  I ordered a flight of five beers and they were very tasty.  So tasty that I left with a lot of them.  To support local business of course.

I was feeling hungry after all the hiking so I stopped at That Little Place By The Lights and left with an order of mushroom ravioli.  At first I was a bit dismayed by what seemed like a small container of pasta.  That feeling was soon dashed by the aroma that wafted out of the container.  It was good.  It was so good.  I don’t think I stopped once my fork was in hand.

We got home well after dark and it was all the dogs could do to haul themselves onto the bed.  Oh who am I kidding?  I was happily exhausted too.  Hiking through Algonquin Provincial Park was just the adventure we needed.

Information about the history of the park from The Friends of Algonquin Park.