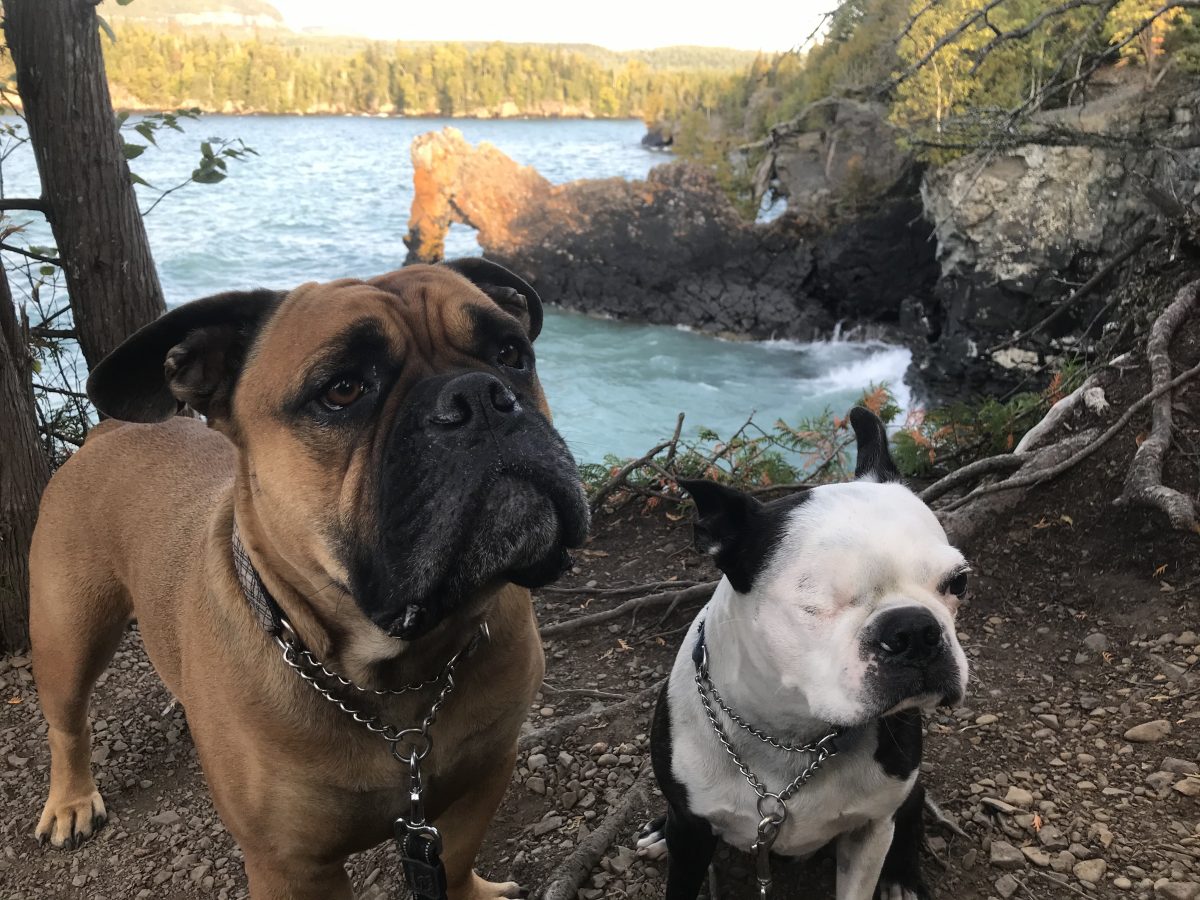 The AdventureDawgs are a pack of two (and a driver).  We love to roam the open roads and find the hidden places that others might miss.  I’m hoping that anyone reading here will be able to learn from our travels (both the good and the not so good) and will be entertained in the process.

Why should you listen to me?  Since 2015, the dogs and I have driven, camped, hiked, and eaten our way all over Canada and the United States.  Some of our trips have been a couple of days but some have been three-week expeditions.  With multiple trips a year, that very quickly adds up to a lot of road under our tires.

I have juggled all of the logistics that comes with road trips with dogs by myself.  Every hiccup and every bump in the road has been mine to deal with and mine alone.  I have learned how to be resourceful when the need arises but more importantly, I know how to keep the trip as safe as possible.

There is a slowly expanding section for product reviews and gear guides for humans and dogs so be sure to check back often.

Feel free to contact me for any of the following:

We are also staunch supporters of first responders and military personnel.  Why do I mention that here?  Well because first responders have made the odd appearance in our posts but also because if you are a first responder or in the military and need someone to talk to, we are happy to provide a shoulder and an ear.  We’ll even come by for a visit if possible.

Let’s face it: this whole site is for the dogs.  They are my pride and joy and I am so lucky to be able to share my travels with such amazing creatures.  While the dogs all have their own unique personalities, they function so well as a pack.  Read more about how the original pack was so much more than the sum of it’s parts with this link.

Click here to read about the trip that started it all. 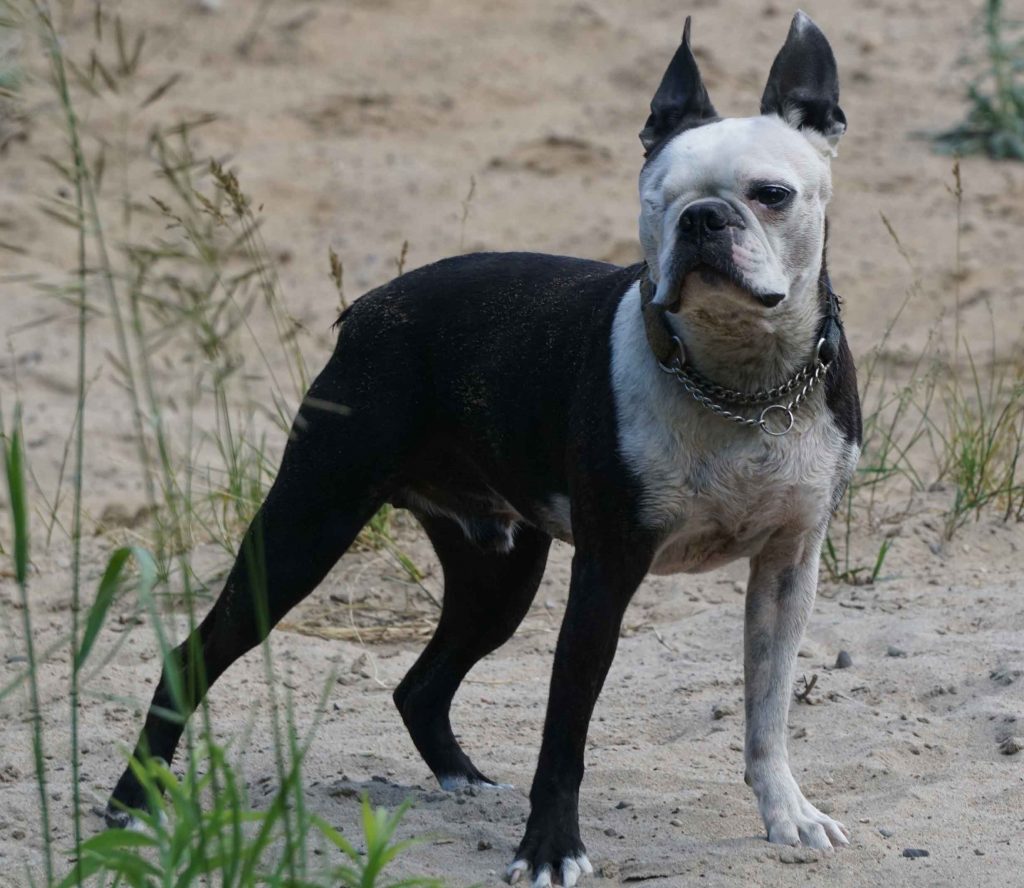 Leo is a Boston Terrier that was born in May 2012 and thinks he is still the baby of the pack.  He is a mischievous little dog with unlimited energy who loves to play tug with everyone, especially his younger brother King.  We cannot step onto sand without him immediately dropping down for a roll.  He is the real watch dog of the group and is usually the first one to bark at the door.  The loss of an eye to an infection in 2019 has not slowed him down one bit.

Treats, long games of tug, rolling in the sand, and more treats.

Having to put on his coat and boots on a cold day.

Click here to read Leo’s story as it is a sad one with a happy ending. 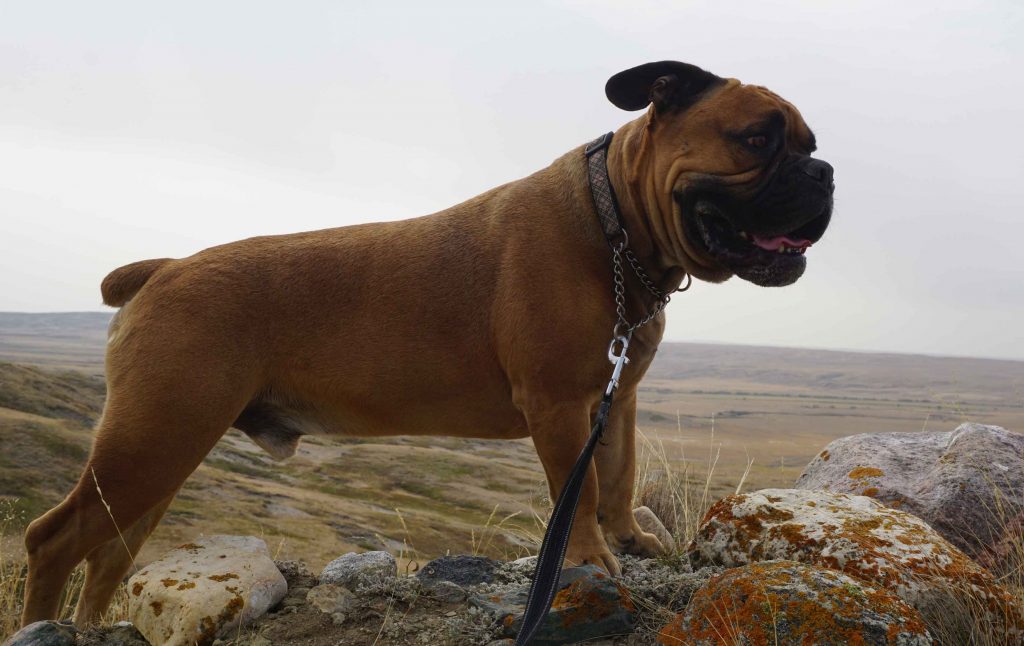 King (aka The Meathead)

King is an Old English Bulldog (or Bulldogge) who was born August 2017.  He is another mischievous dog who always has to be the centre of attention and loves to be the big spoon at bed time.  He has several personality traits that remind me of Piper but even more so.  Several dog attacks has left him with some dog-aggression issues but he gets better all the time.

Not getting his way.  Seriously he throws full on temper tantrums. 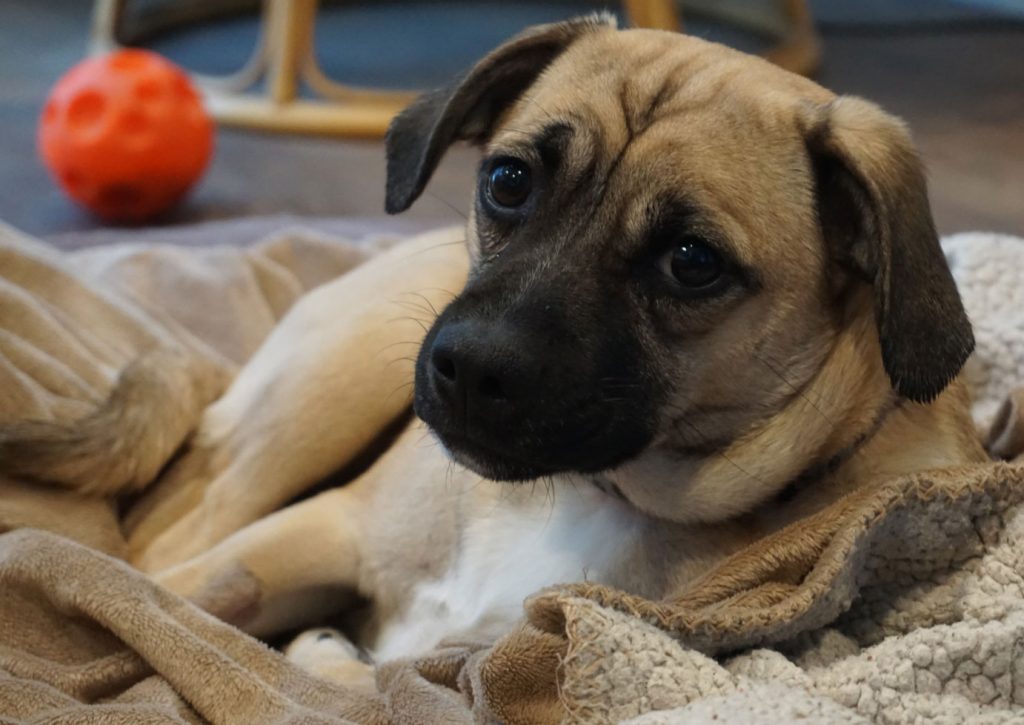 If I thought the boys were high energy, that got a whole new definition when Lilly came home.  Born in June 2020, she came to me at eight months-old a tightly wound ball of energy.  Luckily a good bit of that energy is directed at playtime with King.  The two of them bonded almost instantly and are the besets of friends.  I think Leo is happy to have someone else keep the Meathead entertained.

Click here to read about Lilly’s introduction to the AdventureDawgs.

Piper was a Boxer who had been with me from the the time she was seven weeks old.  She was my first dog since I was a child and she latched onto me the minute we met.  Piper was supposed to be a guard dog but was always too snuggly to take that job seriously.  She was never more content then when she could be a big lap dog.

She was never really a healthy dog, although you would never know it by looking at her.  I used to joke that she was my million dollar baby.  Then in November 2018, I had to euthanize her because of a mass growing in her abdomen.  No matter how much time passes, I will always miss her.  Read a tribute to her here.

Jack was a Boston Terrier/Pug cross born in December 2007.  He was the old man of the pack and would happily snooze the day away; unless there were treats involved.  In his younger days, he was surprisingly athletic for such an ungainly-looking dog and would happily track rabbits and deer if he caught a fresh scent.  He was one of the smartest dogs I have ever known and had figured out how to manipulate other dogs out of their toys and prime sleeping places.

Want to know more about Jack?  Click here for his story.

In July 2020 at almost 13 years of age, Jack took a turn for the worse and when he started having seizures, the decision was made to euthanize him. The house seems so quiet without his bubbly personality and snores. Read more about Jack’s passing here.

4 response to "About The AdventureDawgs"