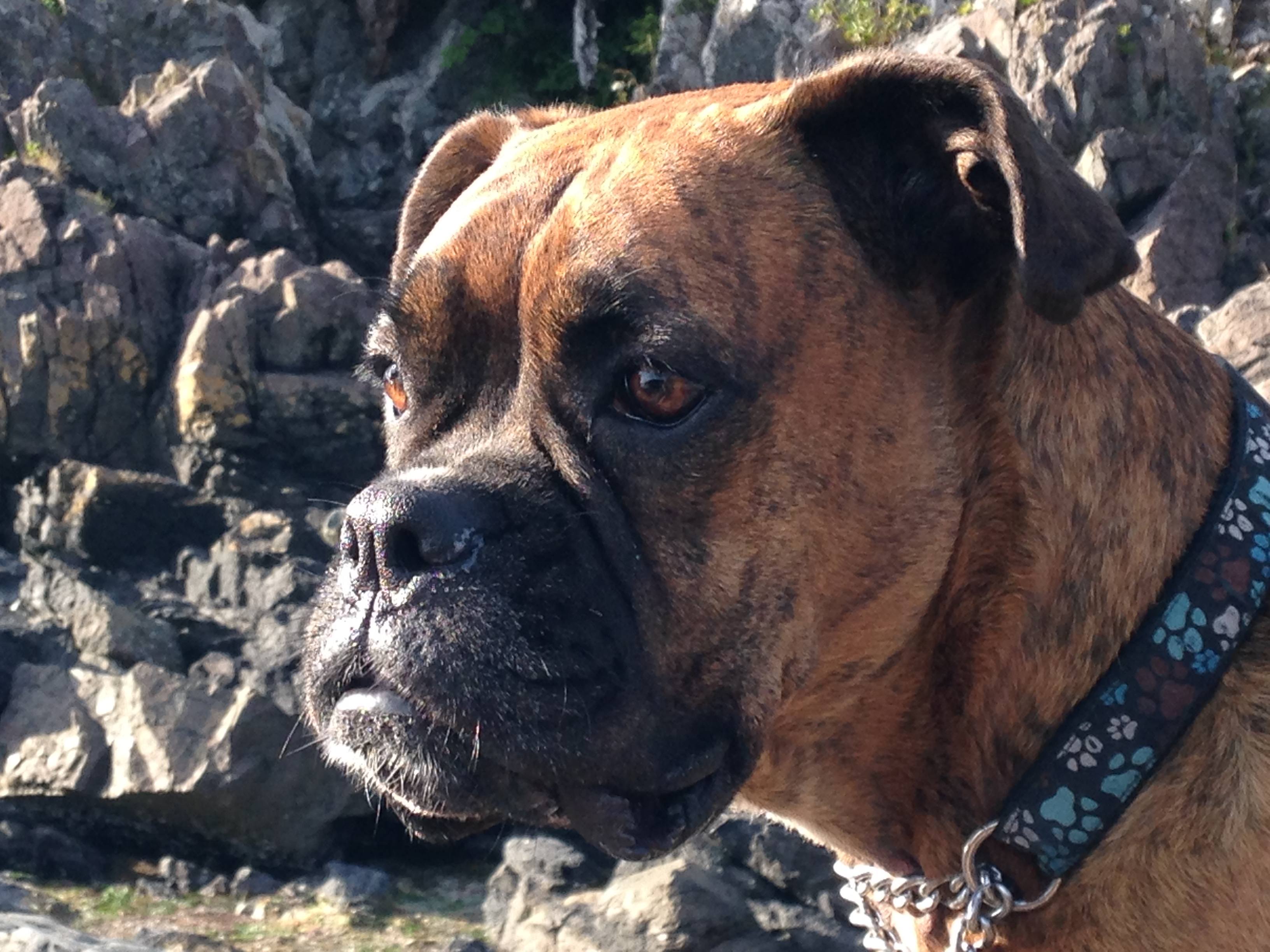 My now-ex had never had a dog and kept saying that I couldn’t get one, which was fine when we lived in the city but once we moved to the country and got settled, well the no-dog household was going to change.  I wanted to get a rescue but after scouring shelters, all I could find were dogs with either separation anxiety or aggression issues.  I work weird hours so that would be a problem and at the time I had several cats so that was going to be an even bigger problem.  I couldn’t even get my hands on puppies at the shelters.

Then there were rescues: they all have this disclaimer about being able to come onto your property at any time and they could take the dog back.  Now I think that anyone who has followed this blog would know that these dogs live pretty good lives.  I mean, they have a backyard, can take over the furniture, and sleep in the bed with me but the thought of someone telling me that I’m not doing a good job?  I get the reason why they have that rule but my alpha tendencies don’t deal well with it.

So I decided to go with a breeder.  I liked her; as soon as I walked into her place, she introduced me to every dog there including a dam with her two-week old litter of 10 (?!) puppies.

A few weeks later, I got a call to come see the puppies that were ready to go.  It was a bit early as they were only seven weeks old but oh well.  I stood in the yard as the breeder dealt with another visitor.  By this time, there were seven puppies left and I watched them interact with each other.  I had told myself that I wasn’t going to settle for a puppy and would only leave if there was a good bond.

A group of them hung out near me, wrestling and fussing with the laces on my shoes.  When most of them ran away, one light brindle female with a tiny patch of white on her nose stayed next to me.  I pet her for a second then stopped and waited to see what she would do.  She went and played a little, sniffed around the yard, then came back and looked up at me.  I scratched her ears a bit and stopped.  After a few seconds, she left and went back to her inspection of the yard.  None of the other puppies had paid any attention me and I said to myself that if this one came back a third time I would be leaving with a puppy.  Well I think we all know how that story ends.

It took me a few days to come up with the name Piper and there is an official reason and a real reason behind the name: officially, I come from a family with a strong military background and there’s always a piper.  The reality is that Rowdy Roddy Piper was my favourite wrestler when I was a kid.  There: the truth is out.

Piper bonded to me very quickly and I like to think it was because she knew that she would be well taken care of.  She’s not the healthiest dog in the world and has had almost every condition that can afflict boxers and then some: mange, an aural hematoma (cauliflower ear), a tumour removed from her leg, food and environmental allergies, cysts between her toes and on her stump, growths on her gums that can’t be removed because she had an episode of vestibular syndrome which is like the dog version of a stroke, and she caused some damage to her right hind leg.  The only thing that she was able to avoid were problems with her heart; that has always been strong.

Her best friend is my cat Chase.  They are almost opposites in colouring: Chase is a dark calico and Piper is a light brindle.  They sleep together and groom each other.  When Piper was little, I would catch her chasing after Chase and yell at her to stop.  Then one day I watched as Chase walked up to Piper and actually instigated a run.  All this time, Chase had been inviting Piper to run after her.  What a sassy little cat she is.  I was able to catch a video of them together which you can watch here.   You can see Martini having nothing to do with any of the lovin’.  Normally as soon as I pick up the phone to film, Chase runs away because she wants no proof that she likes a dog but I was at home sick so I was able to capture it on the down low.

The ex didn’t like the amount of time I spent with Piper and told me all I did was spend time with “that damned dog”.  My response was “Instead of what?  Spending all my time on the couch watching cartoons?”  Then one day I told him that Piper and I were going camping and I took her to Algonquin Park where we hiked into the backcountry.  For me, it was a bit of soul-searching.  I had been thinking that it was time to end the relationship, a relationship that had been one of the few constants of my life for the previous 12 years.

Unfortunately I had to end the trip a day early because I tweaked my knee but I had the answer I had been looking for.  The entire time we were hiking, not once did I feel lonely or wishing that he had been with me.  Piper and I sat next to a river after setting up camp and I felt a weight lift off me as we leaned on each other, tired after a day on our feet.

We’ve seen so much more since that hike and done more than I ever thought possible.  She has splashed in both oceans, all the great lakes, stared out over mountains, and watched for lights in the sky.

On a side note, I wish that I could post some puppy pictures, but when the ex moved out shortly after that hike, he took the computer and all the pictures that were on it.  He was supposed to give me a copy but that never happened.  I’m not sure if it was some ploy to keep in touch but I won’t play that game.

So without further addue, heeeeeeere’s PIPER!!!

Nicknames:  Booger, Boog, Pretty Girl (because she is)

Quirks: she has to sleep under the covers.  She will stand on the bed and snort at me until I lift the blankets up for her to slide under.  If I don’t, she’ll wait until I roll over and dart into the gap.  Then she flops down next to me with her head on my shoulder so she can be the “little spoon”.  Piper loves the vet which is crazy with how often she has gone there.  She will wake up out of a dead sleep if we drive anywhere close, whining until I let her out of the car and then drag me into the office.  She doesn’t really care about toys but she will occasionally toss one around then pounce on it with her front feet like a polar bear stomping on the snow.  She is not possessive about her food or toys.  She LOVES pureed pumpkin and rice.  If I’m cooking rice she will stand next to me in case I drop some.  Piper loves the water but she has an unusual swimming form: she will paddle with her front legs but tuck her hind legs up and use them like a rudder, I guess to compensate for not having a tail.  Piper is not much of a barker but I have taught her to sing (growl) and speak (bark) on command.  She likes to lean against people’s legs which I have since learned is a boxer trait.  If I’m sitting next to her and try to stand up, she’ll often push her head against my chest so I keep sitting.

On November 3, 2018, Piper was euthanized after a growth was discovered in her abdomen that was bleeding internally.  It was a difficult day to say the least.  Read a tribute to her here.  I suppose I should update all the info about her above to the past tense but I just can’t bring myself to do that because that is how she was.  She’ll always love pumpkin even if she’s not around anymore.  Losing her hit me pretty hard so I wrote a post about coping with the loss of a pet that you can read here.