Click here to read about my first and second days in Charleston.

Monday was my last full day in Charleston and I decided to start with breakfast at Toast!, another highly recommended place.  The french toast with apple cinnamon topping is off the charts good.  French toast is a simple food but that doesn’t mean it’s easy.  The trick is to use thick bread to keep it from getting soggy and this was close to two inches tall.  My server, Justin, recommended a side of bacon so of course I had a side of bacon.

From there, I walked to the ferry for Fort Sumter, where the first shot of the Civil War was fired.  The fort is a small island fortification in Charleston Harbour.  Once the ferry docked, we had about an hour to poke around the fort.  The staff were extremely knowledgable and were available for questions. There were also plenty of plaques to read and a museum as well.  I have to admit that the best part was watching dolphins from the ferry. 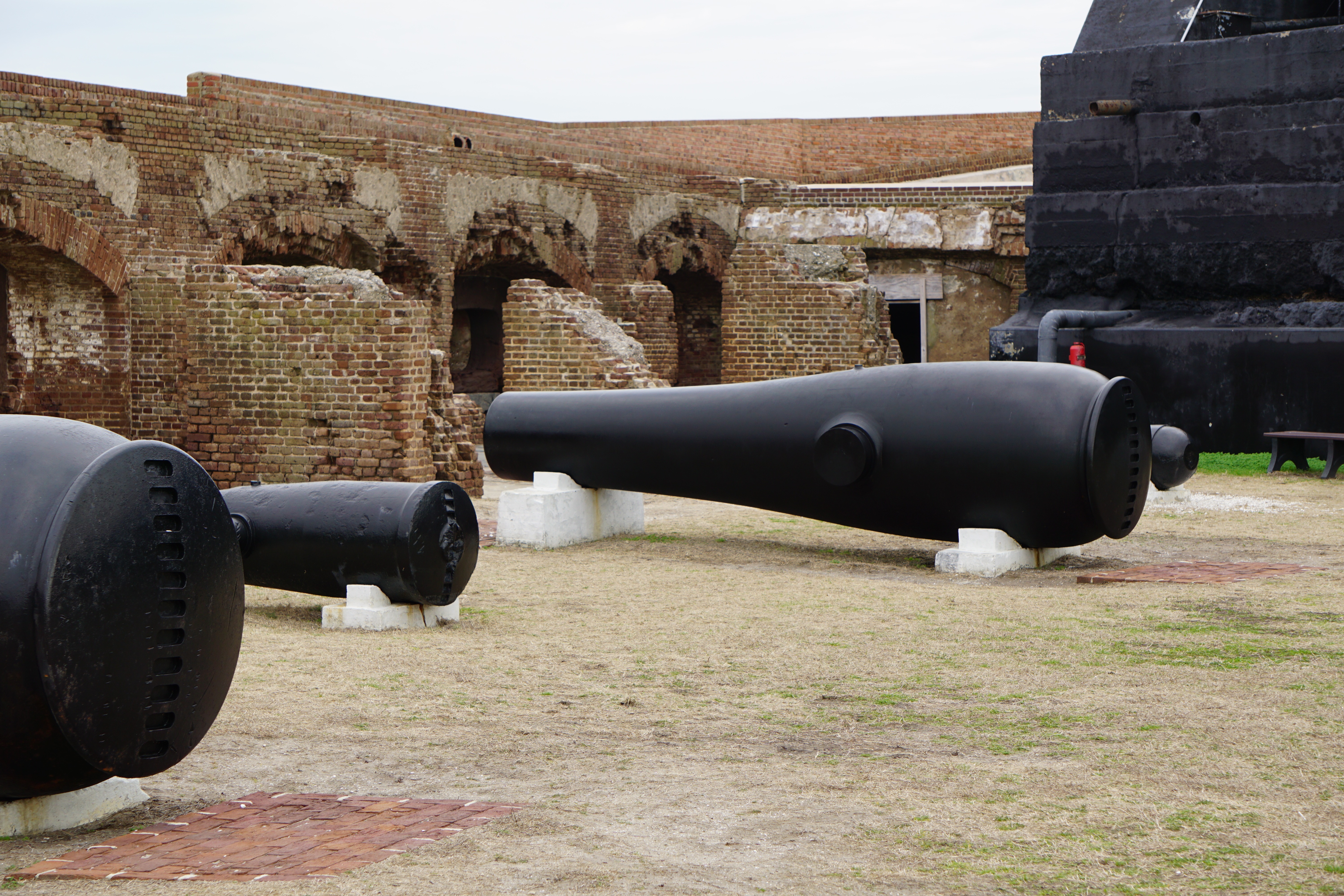 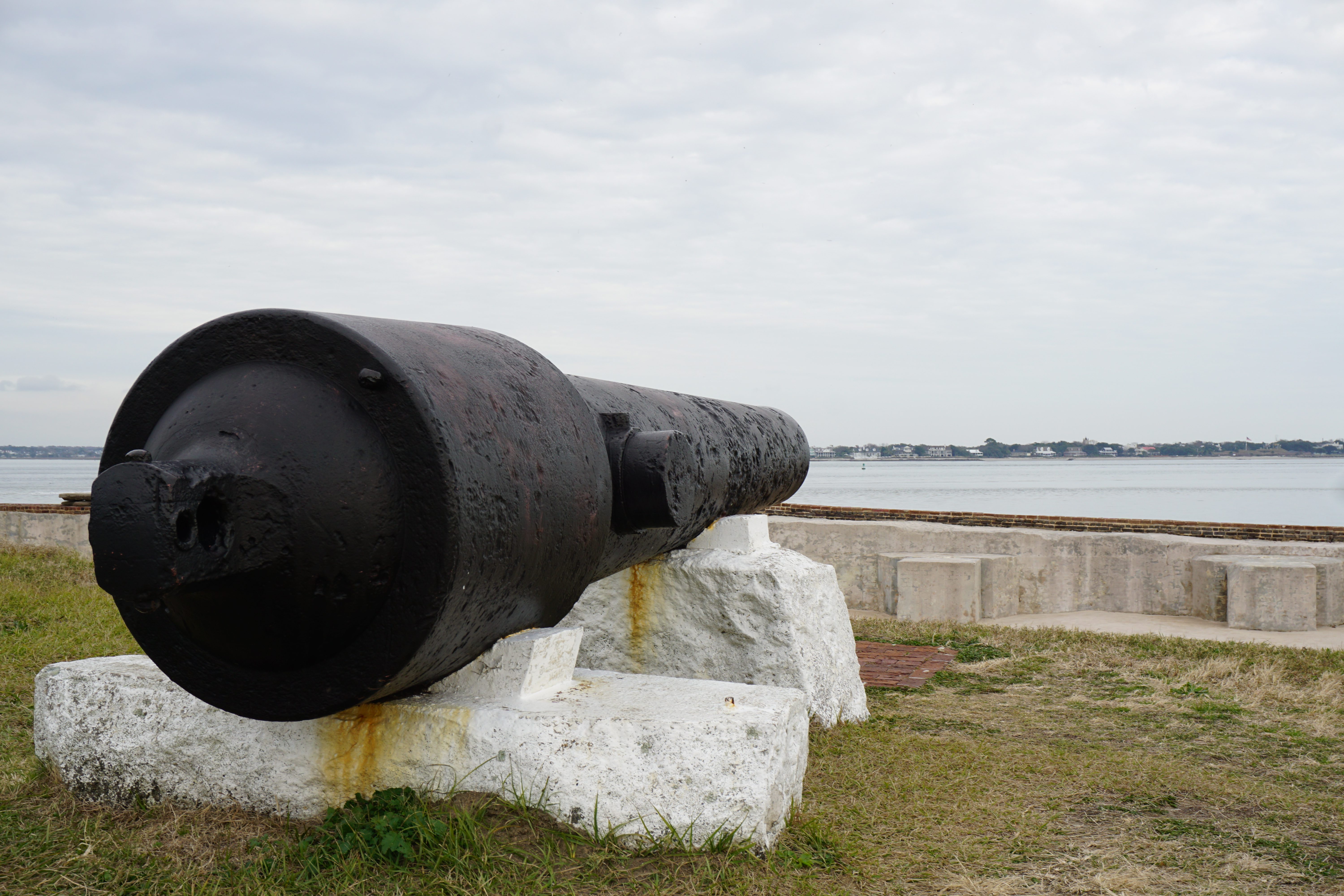 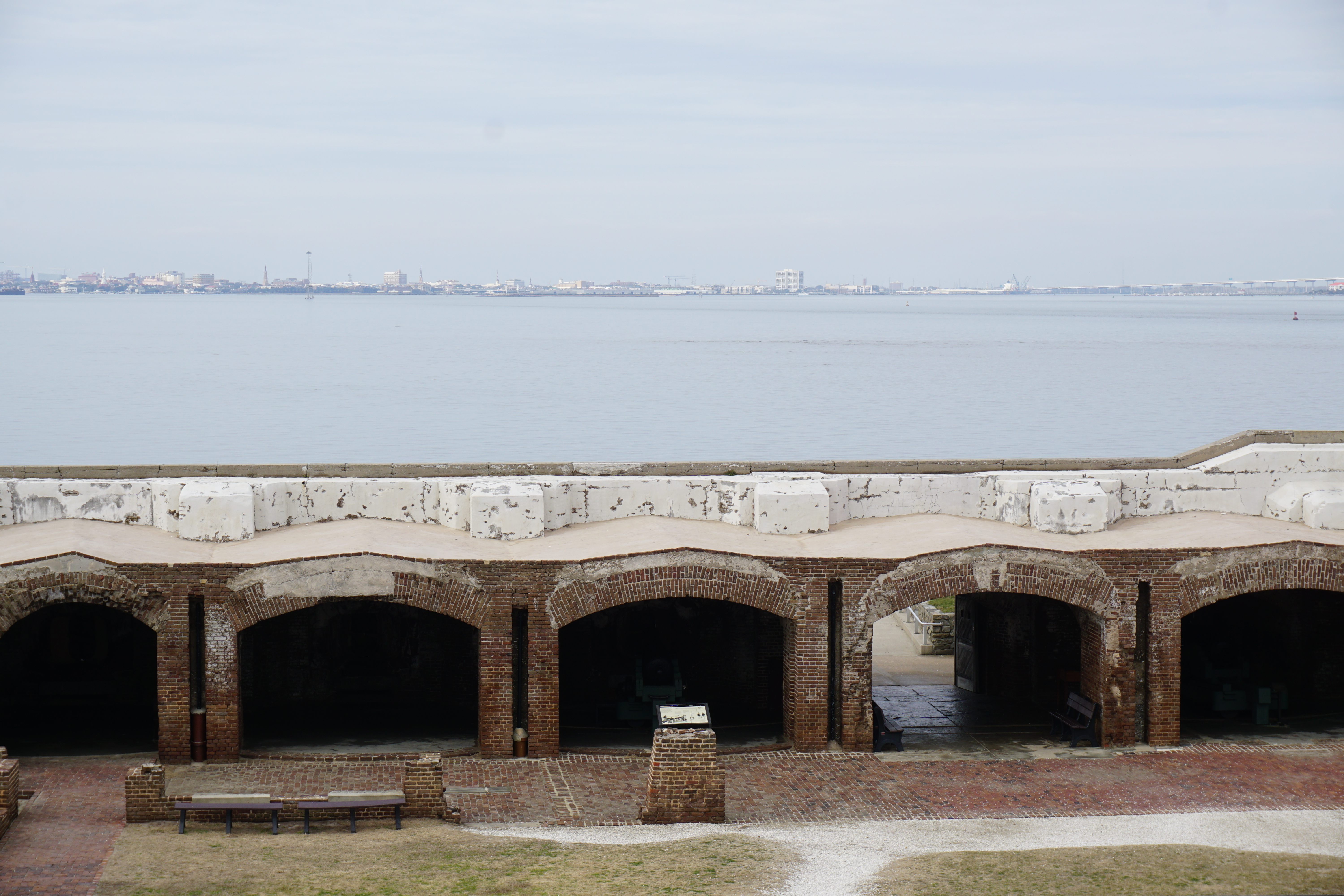 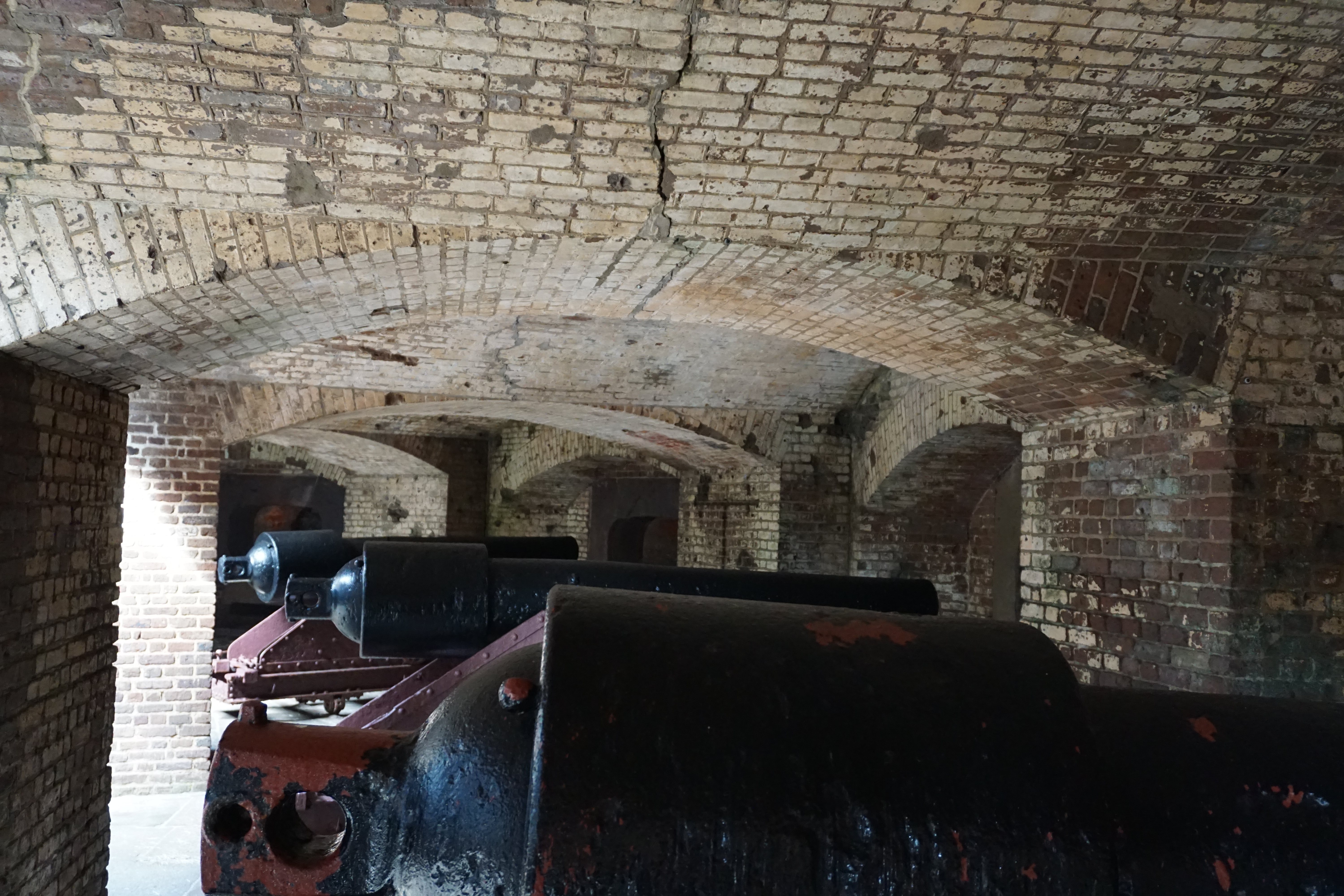 After the return ride, I walked back to Bulldog Tours for a culinary tour.  Our guide, Beth, was soon leading us to a nearby Irish Tavern, Tommy Condon’s where we were served grits and fried green tomatoes.  I normally don’t like tomatoes but these were really good with a nice crispy crust.  From there, we walked to Market Street Sweets for more samples of fudge, bear claw, and pralines.  The Spice and Tea Exchange was next on the tour and this is like a toy store for cooks with everything from spices and mixes, salts, sugars, and teas.   Beth had to practically drag us away to go to Lowcountry Bistro for flamed oysters, crab sliders, and fried okra.  Our last stop was Poogan’s Smokehouse where we had pulled pork sliders, hushpuppies, and corn bread.  I went back to The Spice and Tea Exchange and bought some black truffle salt and a packet of cheese dip mix for my friend watching the dogs. 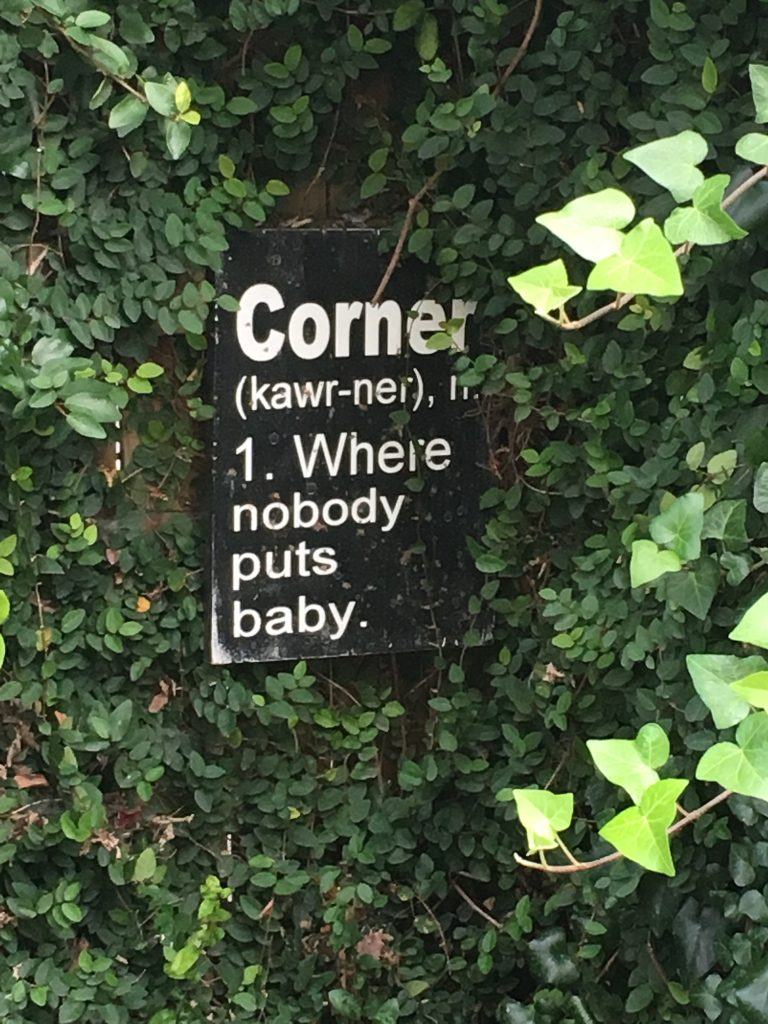 After walking around in the failing light, I decided to treat myself and went to Poogan’s Porch Restaurant for dinner.  It’s a house that has been converted into a restaurant.  Incidentally, it is supposed to be haunted.  I ordered the shrimp and grits for dinner with a glass of chardonnay.  As much as I was tempted to order some dessert, I just could not find the room.  I was going to take a photo of my meal but I thought it was too classy an establishment.  After I was most of the way through my meal, I looked over at another table and saw one person taking photo after photo of every plate on their table.  So I was wrong about food photos. 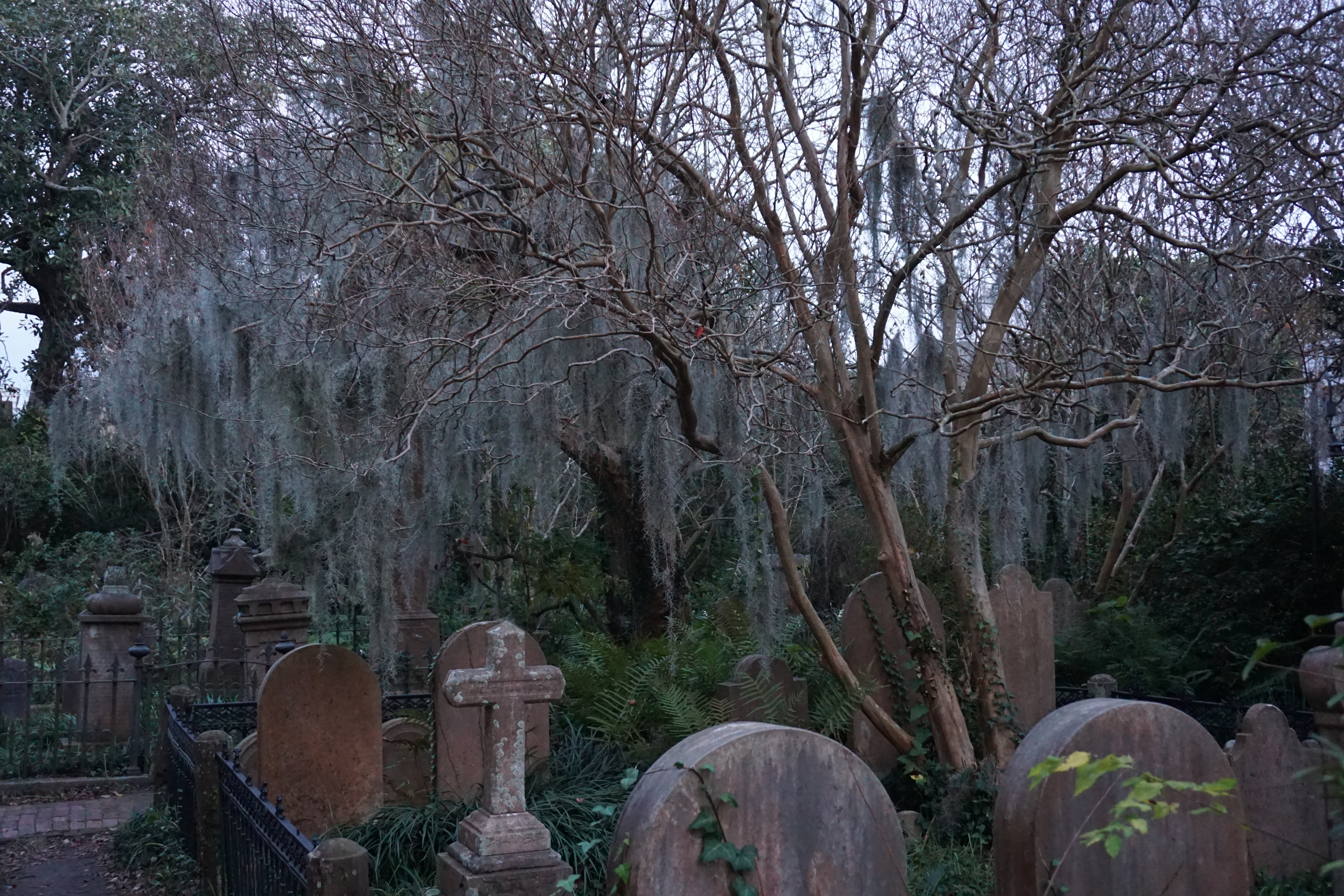 So what was I going to do now?  Bulldog Tour’s Ghost and Graveyard Tour of course.  It was a small group, with just myself, a married couple, and our guide Andrea.  Although some of the stories she told us were the same that I had heard on my last ghost tour of Charleston, our tour went to some different places.  I’m a little disappointed that there were no orbs to be seen. 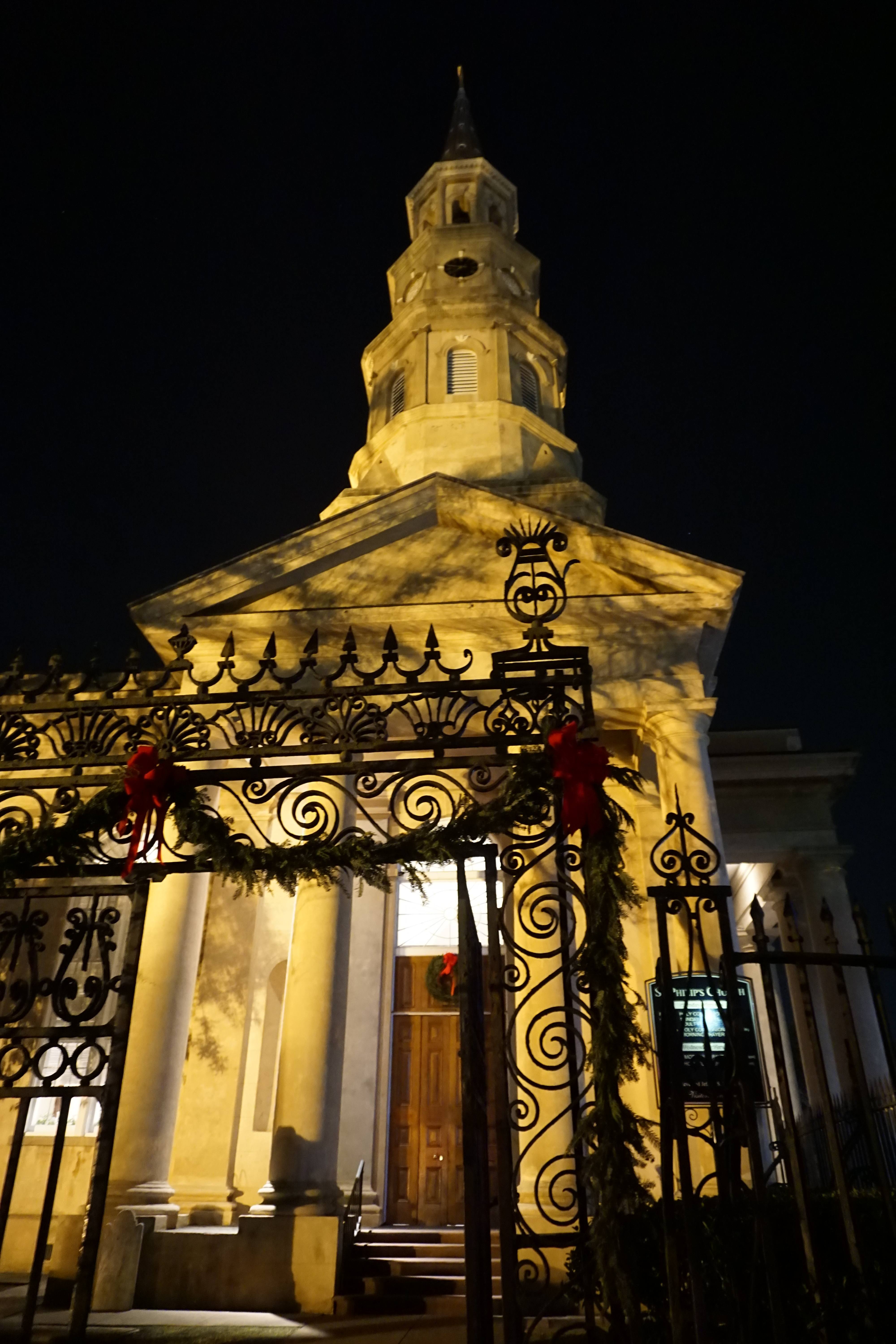 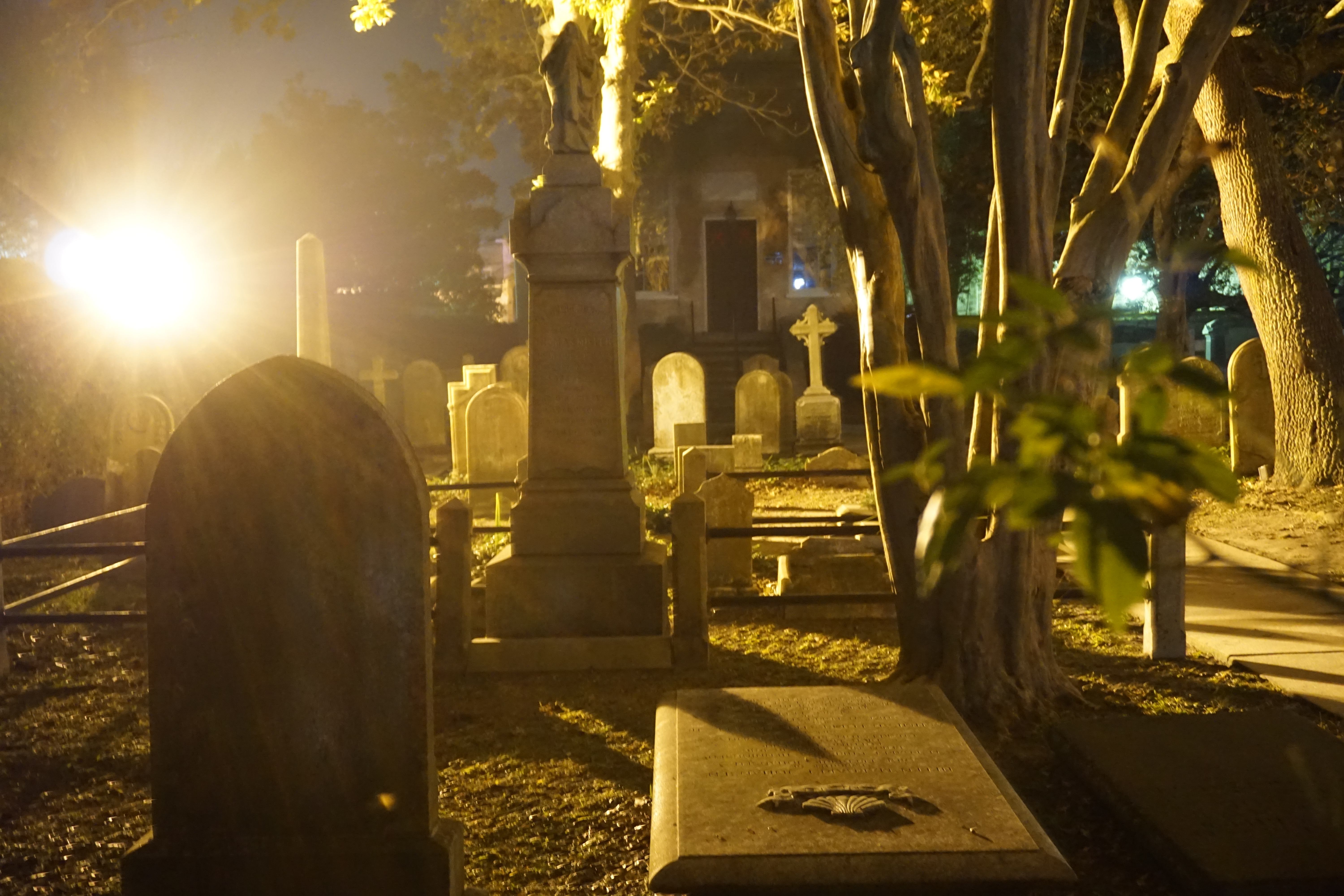 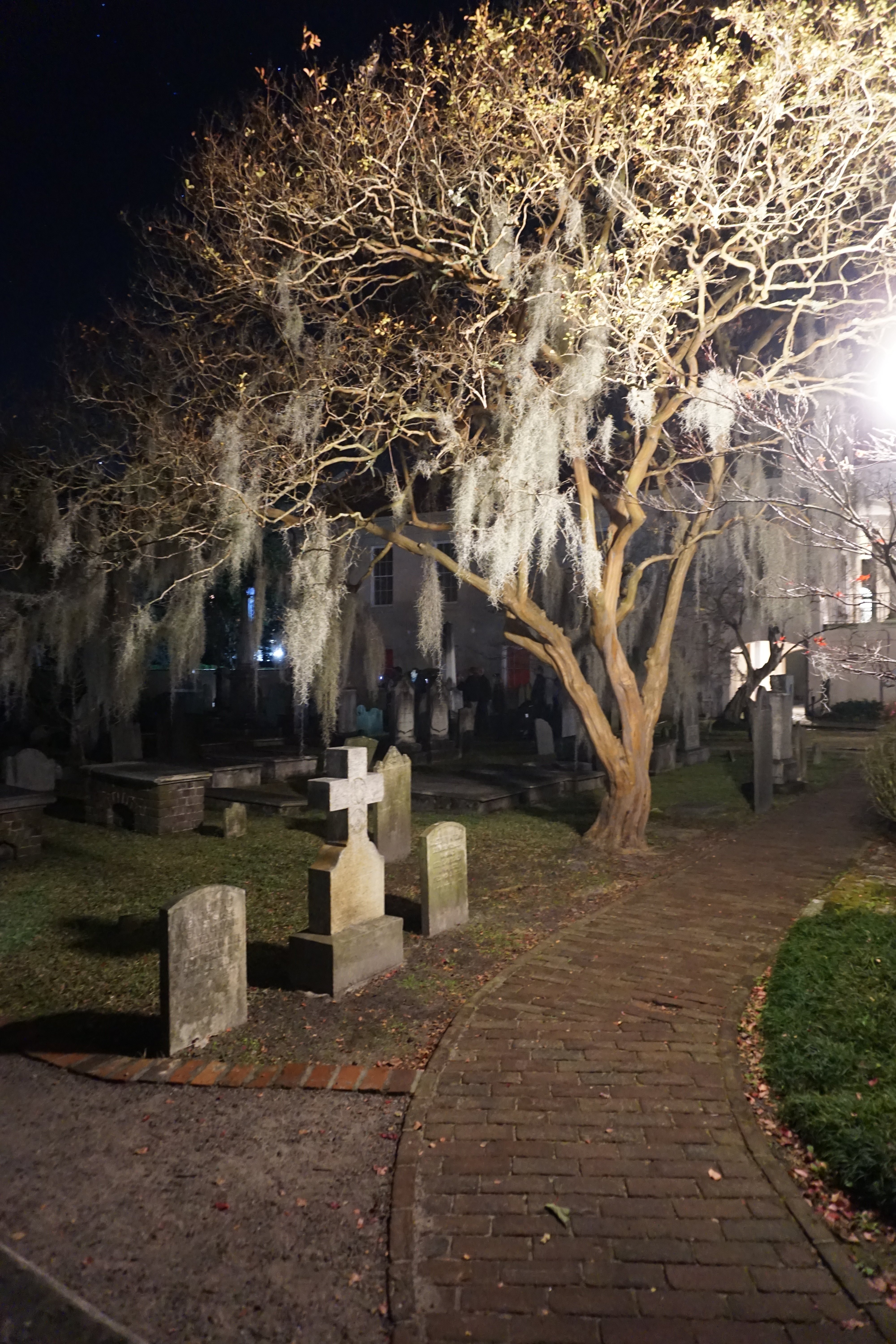 With a 7:11 am flight, I did not want to be out too late as everything I read suggested being at the airport three hours before departure.  The 3:30 am wake-up was a bit rough.  It turns out I should have done a bit more research as the counter did not open until after 5:00 am.  Lesson learned.  The flight from Charleston to Newark was maybe at half capacity so it was nice to be able to stretch out.  It was interesting to look out the window onto the New York skyline.  I even saw the Statue of Liberty, which looked much smaller than I expected. 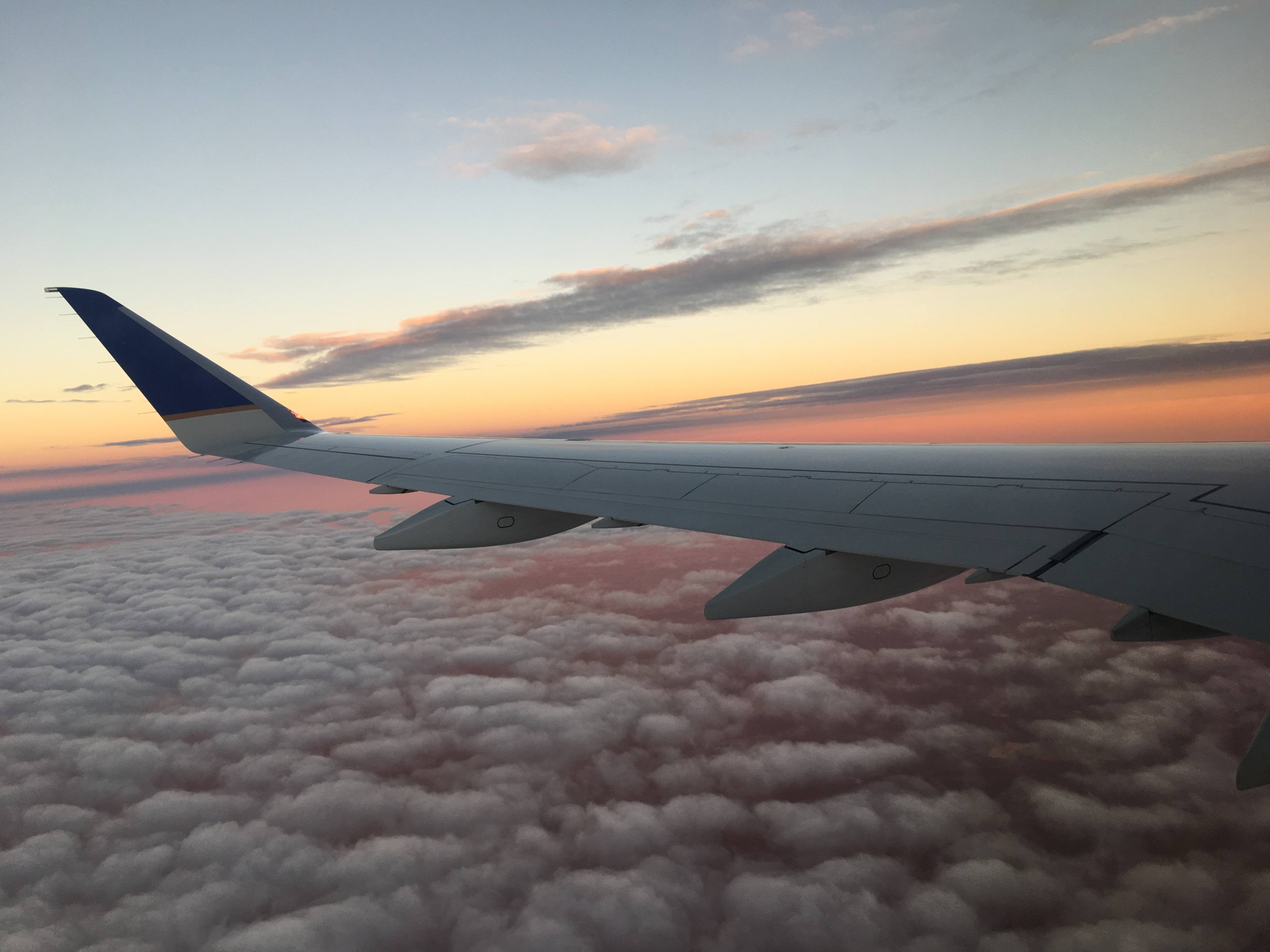 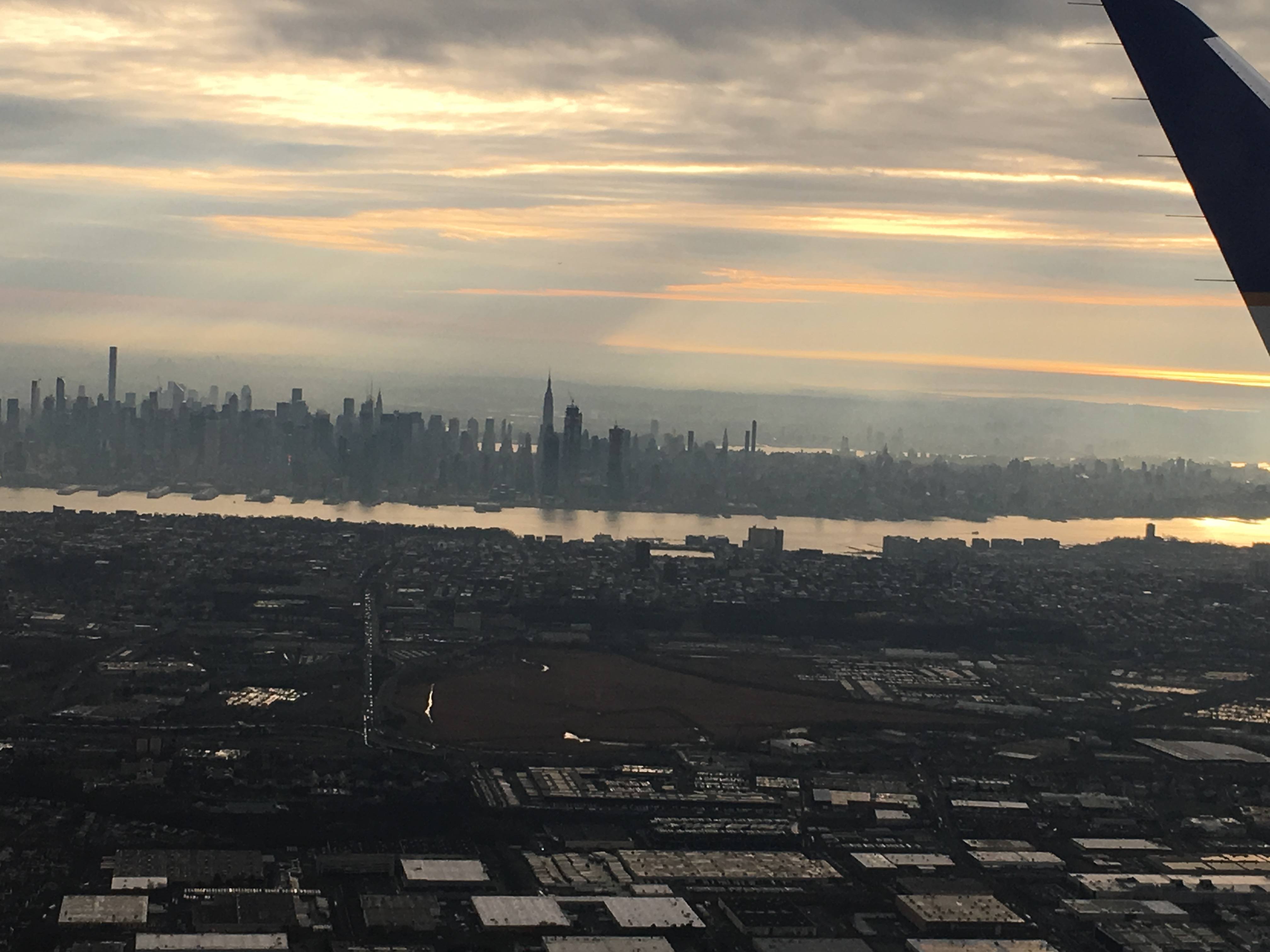 The funny thing about Newark was taking a bus from one terminal to another.  Now I had wanted to stop at duty free but I figured that if it was in one terminal then it would be in another.  I was wrong.  The terminal I was flying out of seemed to be under construction and there was no duty free and barely any food places.  Fortunately it was a short wait before we loaded onto the plane.  It was a short but turbulent flight to Toronto and the gentleman sitting next to me seemed to be a nervous flyer who kept up a steady chatter when the plane started to shake.

After a rough landing in Toronto, I was back on the UP Express, and soon on the way back home.

6 response to "Last Day in Charleston"