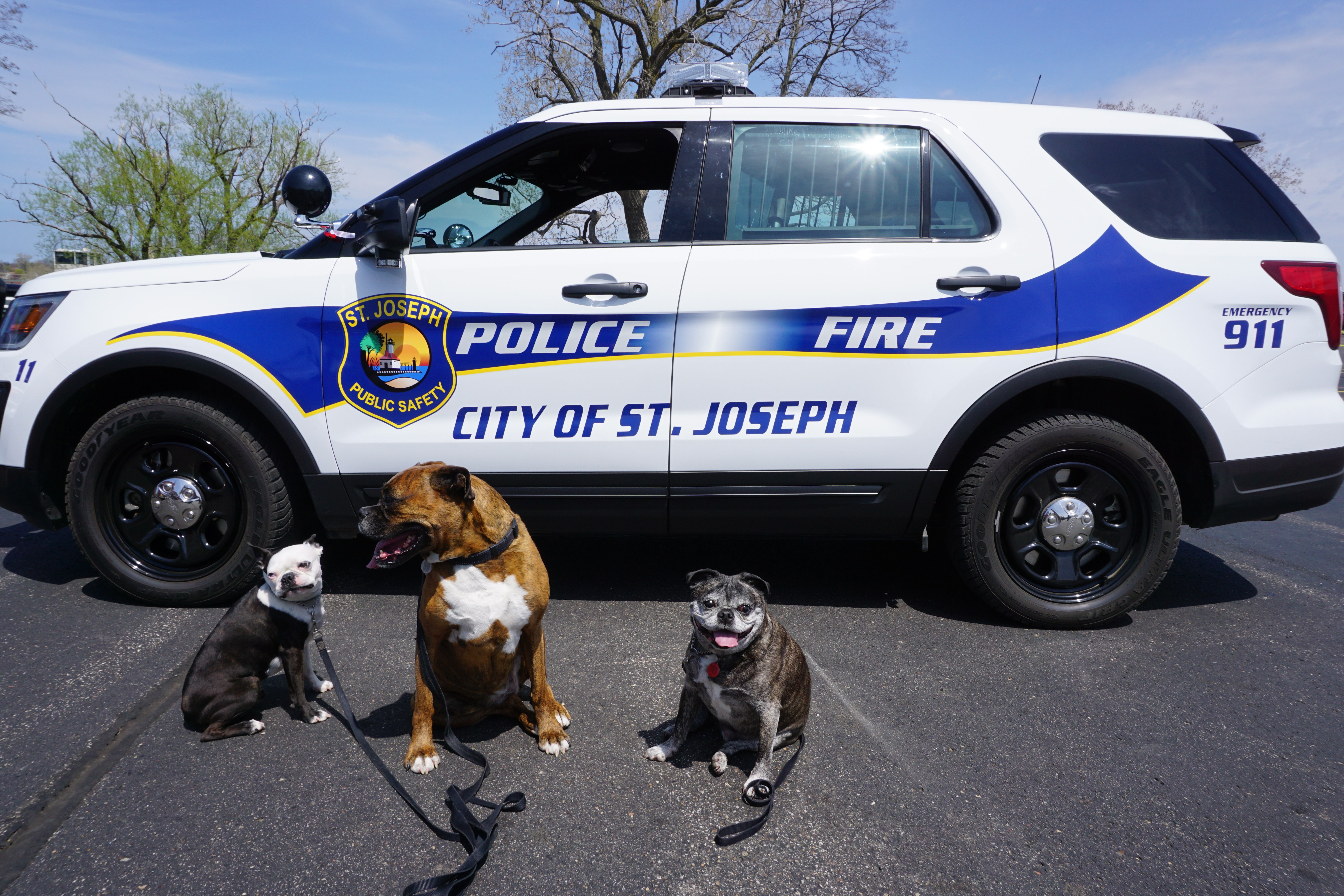 It had actually rained last night; finally the voices on the radio had been correct about the impending rain.  After a quick walk around the the parking lot of the Best Western in Ludington, Michigan, we jumped into the car and continued onward.  However, with my caffeine levels perilously low, I soon found myself stopping at Riverflats Coffee on the edge of Ludington, Michigan.  One half of the building is an accounting office and the other is really cute cafe.  I had only planned to get an americano but when I saw the breakfast menu, I added a bacon, egg, and cheese on a bun to my order.  It was simplicity at it’s finest.  The coffee was a bit robust for me but with a bit of cream and sugar, it perked me right up to keep on driving.

Now anyone who has followed our adventures knows that I am not one for planning.  I’m just as surprised as anyone with where we end up or what we see.  There was a slight change this time.  I had checked the route to see if we would be passing though one specific town and happily, we were.

We drove through Coloma Michigan, a town that I don’t think we have ever driven through, and straight to Vineyards Gourmet Chocolate.  I stocked up on various chocolate barks and other pieces of chocolate amazing-ness, feeling my teeth ache as I just stood there.  I ordered a dark chocolate bark with sea salt and the gentleman working commented about how nice it was with the cherry wine that they make at Contessa Wine Cellar  which is the winery right next door.  I stood and blinked a few times as that thought rolled around in my head.  Yes this is something that I needed to investigate more.

I drove the car two doors down and first checked if the dogs could sit out on the patio with me (happily they could).  Considering no one else was on the patio, that was especially good news.  I retrieved the dogs then sampled a few of the offerings but settled on a glass of the aforementioned cherry wine.  I had left the bark in the car (whoops) but the glass that I enjoyed while looking out over the fields was especially nice.  I would never had thought that Michigan had such a robust cherry industry but here it was, swirling around in my my glass.

The dogs patiently waited for me to finish my wine and greeted everyone that passed by them.  I bought a few bottles of wine to take with me and we climbed back into the car for one last quick stop in Coloma.

Conveniently, The Chocolate Garden is directly between Vineyards Chocolate and Contessa Wine Cellars.  While Vineyards makes some damned fine chocolate products, The Chocolate Garden excels at truffles.  Naturally I stopped for a few and even snapped a few pictures of the truffles in their natural environment.  I may have ordered a mocha to go.  Oh who are we kidding?  Of course I ordered some!  How could I resist?  All those jars of chocolate pieces just waiting for coffee to be added.  That is literally how they make the mocha.  Amazing.  Then onward we go.

We were driving through the city of St. Joseph when I happened to look to the side, then had to look again as I was confused by the sight next to the road: were those small crowds gathered around police cars, fire engines, and Budweiser horses?  Oh my.  We needed to check this out.  It turns out it was a community event that was being held.  While I was tempted to try to get photos of the dogs with the horses, Leo has never been around a horse before and Piper and Jack used to play with them.  The potential for chaos was much too great to risk it.  That doesn’t mean that they couldn’t have their photos taken by the police and fire vehicles.

I started talking with some of the officers and asked them if there was anywhere we should stop down the road.  “Do you like beer?” one of them asked me.  I almost fell over laughing then told him that I do enjoy the odd glass of hoppy deliciousness and   they directed me to nearby Sawyer and Greenbush Brewing where I would be able to buy beer and enjoy some time on the patio.

As I drove into Sawyer, I noticed a sign for Greenbush on the left hand side on the road.  I popped in and asked if I could bring my dogs on the patio.  The woman working at the front pointed across the road and told me that the patio was over there.  Well now that’s a bit confusing.  So I walked over to the other side of the road and asked the gentleman working at the front door if I could bring my dogs on the patio.  I could but only one of the tables along the sidewalk and I wouldn’t be able to walk them through the building.  Ok that was a little strange.  So he went onto the patio to check for a table and I went to the car to get the dogs.  Fortunately a table was available so I passed the leashes to him, squeezed the dogs through the cables that served as a fence and was about to walk through the building when I just shrugged and climbed through the cables too.  This old farm girl still had it her.  I sat back with the dogs and enjoyed a lovely stout.  Just as I was draining my glass, a few more people showed up with their dogs so I relinquished my table.  I was going to go back in to grab a few bottles to go but there were just so many dogs passing by, I didn’t feel comfortable tying the dogs up and it was so hot, I wasn’t about to throw them in the car.  So we went for a walk in hopes of the canine crowd easing.

I’m not sure how we ended up where we ended up but we ended up standing out front of Infusco Coffee.  Obviously it was a sign that I had to have some coffee so I tied the dogs up in the shade out front and slipped inside to order a lovely cortado to enjoy at the tables on the sidewalk.  Unfortunately the view left much to be desired since it just looked out onto the parking lot but the drink was well worth it.  Theres’s something so calming and civil in these moments of peace that I think are more valuable than just a drink.  I was so relaxed that it wasn’t until we were well down the road that I realized I hadn’t bought any beer.  Whoops.

We continued south along the shore of Lake Michigan, passing into Indiana when I saw signs for Indiana Dunes National Lakeshore.  How could we drive by sand dunes and not let Leo roll?  That would almost be cruel. In fact, I don’t think he would ever forgive me if he found out.  I have walked in sand dunes before, but these were something else: they were huge.  It was a slog to the top but once you got up there, getting down to the beach was so much fun.  Rather than just walk, you make each step a small leap, and bound your way down to the water, laughing like a fool the entire time.  The beach was relatively empty and when I saw a clear stretch of sand on the other side of some driftwood, I let the dogs have a quick swim and play.  The day had gotten hot and the water was nice and refreshing.  Leo, of course, made the most of the sand.

Once they stopped playing, we went back to the dune.  You know that saying “what goes up must come down”?  Well what goes down must go back up and while leaping your way down a sand dune is a ton of fun, scrambling your way back up is a real drag.  I think I burned off the wine and chocolate and beer on that dune alone.

For some reason, as we approaching Chicago I decided to stop at Marquette Park and take the dogs out again.  We just went for a short walk but we found a display dedicated to Tuskegee Airmen.  I had known something about the history but I had never really delved too deeply into it.  It still blows my mind that prejudice could be so firmly entrenched that when someone is willing to fight, and possibly die, for their country, that there would actually be impediments put in their way rather than giving them the keys to the planes and saying “Go on, have at it.”

After visiting with a group of children, and being bombarded by questions about the dogs, we dragged our backsides into the car to continue the drive around the tip of Lake Michigan.

I was tempted to go to Buckingham Fountain, a landmark in downtown Chicago made famous by the opening sequence of the show “Married With Children” but it was getting late and while I don’t usually let media reports scare me away from cities, Chicago has been going through a bit of a rough spell and with my tendency for losing track of time and getting lost…errr I mean taking the scenic route…the last thing I wanted to do was go wandering around dark Chicago streets late at night.  So I did the responsible thing and booked a hotel room at the Red Roof Inn in Waukegan, one of the Chicago suburbs.

After we had checked in to our massive room, I realized that I was quite hungry.  Not wanting pizza (mostly because I forgot about Chicago-style deep dish pizza), I decided to go for burrito at El Famous Burrito.  It was so close that we could have walked but Piper seemed to be a little tender so back in the car for the embarrassingly short ride.  When I saw there was a drive-thru well that just made my day and I ordered a tostada and chicken burrito.  In no time at all, I was handed a heavy paper bag and we returned to the room.  I seriously think we spent more time in the drive thru than we would have had we walked.  The food was very good and I’m not sure if I came up for air until it was all gone.  With a full tummy, I curled up with the dogs and fell asleep.

Curious about how the trip started?  Read from Day 1 by clicking here.